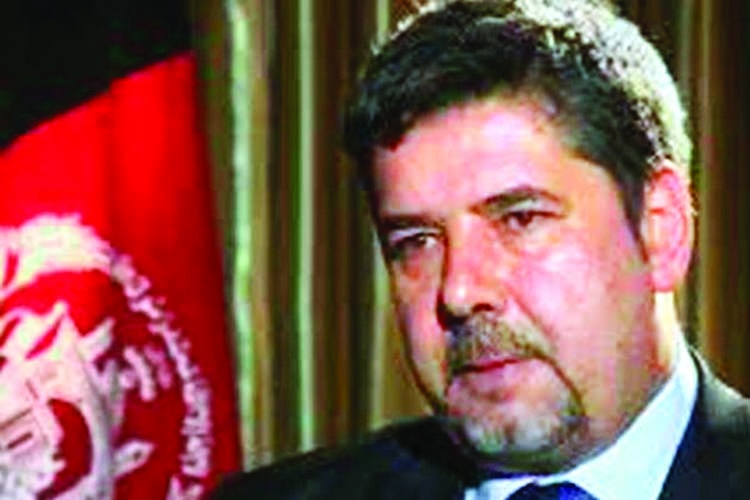 Former Afghan intelligence chief, Rahmatullah Nabil
Former Afghan intelligence chief, Rahmatullah Nabil, has warned that Pakistan-based Haqqani Network is "backing" proscribed terror groups in planning a '9/11 style' attack in the West.
In a series of tweets, Nabil, a former Director of National Directorate of Security (NDS), forewarned against state-sponsored terrorism in the region. "If state sponsors of terrorism in the region are not stopped, we will see another 9/11 style attack in the future. Alqaeda's Al-Zawahiri, Abu Muhammad Al Masri and Saif ul Adel (terrorists) are still planning for attacks in the West with the backing of HQN (Haqqani Network) which is based in Pakistan)," he tweeted.
Al Qaeda's Ayman Al-Zawahiri is an Egyptian terrorist and took over the terror group in June 2011, following Osama bin Laden's death in a US-led operation in Pakistan's garrison town of Abbottabad. On the other hand, Abu Mohammed al-Masri and Saif al-Adel are Egyptian high-ranking members of al-Qaeda. The Haqqani Network emerged in the 1980s and consists largely of fighters who grouped around Jalaluddin Haqqani after that period. The outfit today is led by Sirajuddin Haqqani and is rumoured to have between 10,000-15,000 fighters.
The US has accused Pakistan of maintaining a strong working relationship with the Haqqani Network. "Sirajuddin Haqqani and his senior commanders are running the Commission responsible for overlooking the foreign fighters. Yahya Haqqani is the overall liason for the HQN with foreign fighters," Nabil further tweeted.
Nabil said Al-Qaeda in the Indian Subcontinent (AQIS) and Al-Qaeda Central (AQC) are only strong in areas where the Haqqani Network is present and active. "From ETIP (East Turkistan Islamic Movement), AQIS (Al-Qaeda in Indian Subcontinent) to AQC (Al-Qaeda Central), all these are the strongest allies of HQN leadership, in particular, Sirajuddin Haqqani and his hard boys which gives HQN leverage and control over the wider Taliban movement thus striking fear in the those who oppose them in the movement," he stated.
Nabil also revealed that Abdul Rauf Zakir, also known as Qari Zakir, was the chief of suicide operations for the Haqqani Network, was killed with Osama's son Hamza bin Laden in a drone strike in September last year. "The death of Hamza bin Laden was confirmed in September 2019 by @realDonaldTrump. But no one talked about the place of his death and that he was together with Qari Zakir in Kurm Agency," Nabil said in another tweet. "Intel sources are aware that the presence of AQIS and AQC is only strong in areas where HQN is present/active and these agencies are sitting on piles of evidence," he added.
---ANI, Kabul