The decease of a profound infrastructure engineer, education advocate 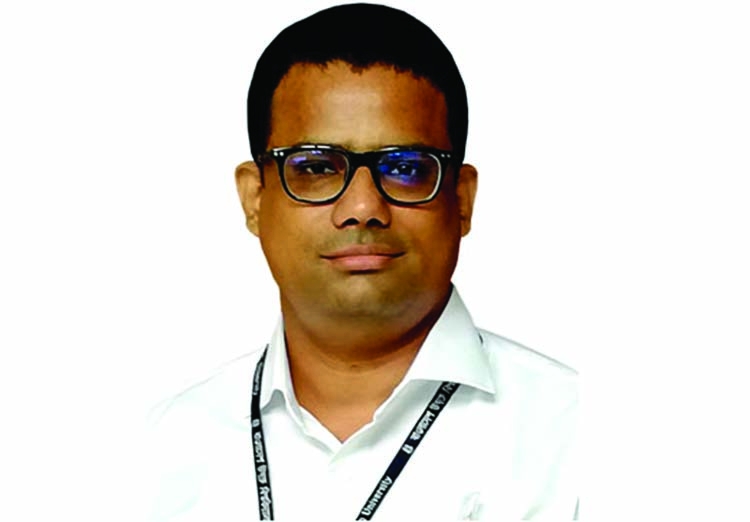 Professor Dr. Jamilur Reza Chowdhury is known to almost everyone as 'JRC' sir in our country. He was the pioneer of infrastructure engineering and the most eminent personality in engineering community. He played a cardinal role in development of the infrastructure system of our country. Without the involvement of Professor Jamilur Reza Chowdhury, virtually, no important development project has been implemented in our country.
Suddenly and sadly, Professor Jamilur Reza Chowdhury is with us no more. He breathed his last around at 5am on 28 April at the age of 77. He suffered a massive heart attack in his sleep at home around 2am. He was rushed to the emergency of a private hospital, where doctors declared that he was died. He was the country's iconic and foremost civil engineer, researcher and education advocate.
Professor Chowdhury's career is grandiose. He acted as expert consultant to a large number of national and international agencies on projects related to expressways, bridges, tall buildings, industrial buildings, transmission towers, aircraft hangars, stadiums, ports and jetties, computerization of public and private sector organizations. He was the Team Leader for the multipurpose cyclone shelter program and prepared the master plan for cyclone shelters in the coastal areas of Bangladesh.
His education and work are worth to follow. He earned his bachelor's degree in Civil Engineering from former East Pakistan University of Engineering & Technology in 1963. In November 1963, he joined as a Lecturer in the Department of Civil Engineering of EPUET. In September 1964, he was awarded a scholarship to pursue MS in structural engineering. His thesis was on 'Cracks in Concrete Beam using Computer-Aided Design'.
Jamilur Reza Chowdhury was conferred a Ph.D. Degree on the topic of 'Shear Wall & Structural Analysis of High rise Building' from University of Southampton in 1968. After completing Ph.D., he returned to former East Pakistan in 1968 and joined the EPUET (now BUET) as an Assistant Professor until the demise of East Pakistan and the birth of a new nation, Bangladesh.
In 1973, he was promoted to Associate Professor of BUET and in 1976, a full Professor. In 1975, he was offered a Nuffield scholarship to pursue a post-doctoral Fellowship at Surrey University in the UK. Until 2001, he was working as a Professor at BUET. He was the Head of the Department of Civil Engineering (1978-79 and 81-83), Dean of the Faculty (1983-85) and Director, Computer Centre (1982-1992).
He was awarded the Doctor of Engineering (Honoris Causa) Degree by Manchester University on 20 October 2010- the first person of Bangladeshi origin to receive this honour from a British University. He was also awarded a Commonwealth Academic Staff Fellowship in 1974 and spent a year at the University of Surrey, UK, as a visiting Associate Professor. He had authored about 70 papers in international journals and conference proceedings.
Professor Jamilur Reza Chowdhury was the founding Vice-Chancellor of BRAC University and was working as the Vice-Chancellor of the University of Asia Pacific. He had been the president of Bangladesh Mathematical Olympiad Committee since 2003. He was also the Fellow of the Institution of Engineers (Bangladesh) and Institution of Civil Engineers (UK). He was the Chairman of the Board of Accreditation for Engineering and Technical Education, Bangladesh.
This internationally recognized civil engineer was born in Sylhet on 15 November 1943. He began school in 1950 at the Mymensingh Zilla School. After his family moved to Dhaka in 1952, he transferred to Nawabpur Government High School, and transferred once more to a private Catholic school, St. Gregory's High School in 1953. He completed his matriculation in 1957. He completed his intermediate education from Dhaka College in 1959.
At the time of his death, he was still heading the International Panel of Experts on the Padma Bridge, the country's flagship infrastructure project. Prior to that, he chaired the panel of experts who advised the government and a clutch of donors including 'JICA' on the Jamuna Multipurpose Bridge, completed in 1998. Besides, he is also acting as the chairman of the panel of experts in many other mega projects.
He developed a simplified method for the analysis of shear walls in tall buildings, commonly known as Coull and Choudhury's Method is widely used around the world. In 2013, in 'gratitude for the cooperation and long standing contribution' to their activities, JICA conferred their special Recognition Award on Professor Choudhury, and they said, 'No important development project in Bangladesh has been implemented without the involvement of Professor Choudhury'.
Professor Choudhury was even appointed the Chairman of a task force for developing software export and it infrastructure in Bangladesh from 1997 to 2000. He was Chairman, Board of Directors of Bangladesh Shilpa Bank (1996-98). He was a key member of the steering committee on the Bangladesh National Building Code (1993) and played a vital role in formulating the first design wind speed map and seismic zoning map of Bangladesh.
Professor Choudhury received numerous awards during his illustrious career: Science, Education and Economic Development Award, 2000 from Rotary Club Foundation, Institution of Engineers, Bangladesh Gold Medal (for life-long contribution to Engineering) in 1999, Dr. M. A. Rashid Gold Medal 1997 for excellence in teaching and research, Lions International (District 315) Gold Medal for contribution to Science & Technology, 2001, Mercantile Bank Award for contribution to Science & Technology, 2001 etc.
He was a ranking member of the Prime Minister's Task Force on developing Digital Bangladesh. He was awarded Ekushey Padak in the category of science and technology in 2017. In recognition to his contribution, Government declared him as a 'National Professor' in June 2018. In the same year, he was also honored with the Order of the Rising Sun: Gold Rays with Neck Ribbon- a prestigious honour conferred by Japan.
Professor Dr. Jamilur Reza Chowdhury was appointed Adviser (Minister) in the Non-party Caretaker Government in April 1996. He always dreamed that a Bangladeshi would win the 'Nobel Prize' in Science. When we will refurbish our country after this catastrophic period of coronavirus, we will miss this visionary very much. We seek the forgiveness of Allah Almighty for his disembodied soul. Rest in Peace Professor 'JRC'.
(We acknowledge different sources with gratitude)


The writer is an ex Vice-principal of a collegiate school, columnist and MPhil research fellow in the School of Education of Bangladesh Open University.
Email: [email protected]