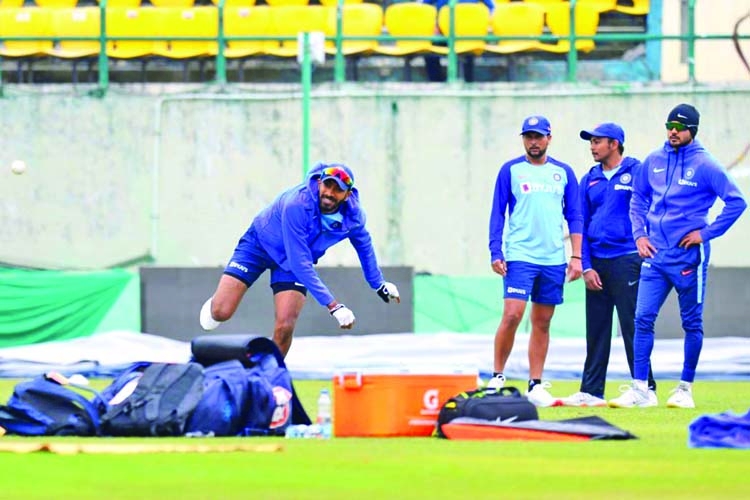 India's cricketers will not be rushed back into training even after the country gave the green light on Sunday for sports facilities to open, the national cricket board has said.
India has extended a nationwide lockdown to May 31 as it tries to curb the spread of the novel coronavirus, and while stadiums and sports complexes are reopening to allow athletes to train there will be no events staged that would draw spectators. With travel and other restrictions in place, the Board of Control for Cricket in India (BCCI) said it would wait before scheduling any training camp for its contracted players.
"... the safety and well-being of its athletes and support staff is paramount and (it) will not rush into any decision that can hamper or jeopardize India's efforts in containing the spread of the virus," BCCI treasurer Arun Singh Dhumal said in a statement late on Sunday.
India are scheduled to tour Sri Lanka in June for a limited-overs series but that trip is likely to be postponed due to the pandemic. India's cricketers have been cooling their heels at home during the lockdown, which has seen the Indian Premier League postponed indefinitely.
Dhumal told Reuters last week the BCCI was looking for a new window for the Twenty20 league later in the year to avoid a potential $530 million loss.