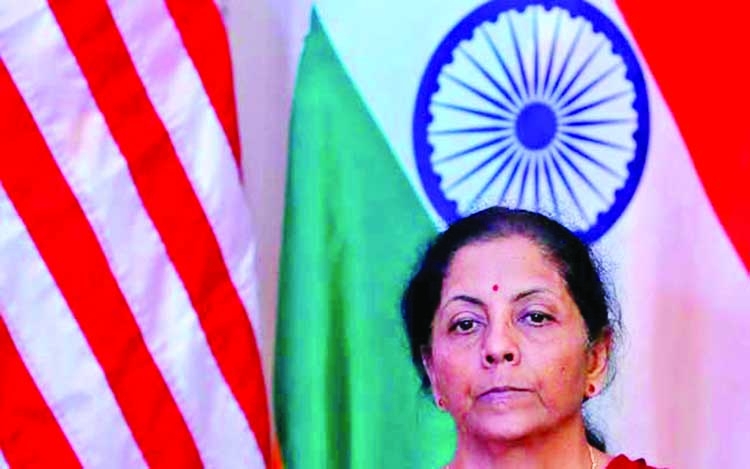 India said on Sunday it would privatise state-run companies in non-strategic sectors and stop fresh insolvency cases for a year, as the country battles with the economic fallout from the coronavirus pandemic. A list of strategic sectors will also be announced in which only one to four public sector enterprises will remain, Finance Minister Nirmala Sitharaman said, as part of a slew of measures to kickstart the economy.
Indian officials said most of the privatizations would happen in the next fiscal year, starting April 2021.
India has been trying to divest parts of state-run companies in sectors ranging from aviation to power to fill its coffers, but it has confronted weak investor sentiment and limited demand.
"Such measures have to be done at times the government can get the right price," said Shriram Subramanian, founder of proxy advisory firm InGovern, adding that the intention was good.
He said that in order to attract private investors, the government needed to improve the efficiency of state-run companies by freeing boards from interference by bureaucrats and "shed lot of flab" by cutting their labor force and hiring the right talent.
The government's revenues have been hit hard as a nationwide lockdown imposed in March to prevent the spread of the novel coronavirus has ground the economy, Asia's third largest, to a halt.
The finances of Indian states have also been tipped into disarray, barring a few well-managed ones, because of the losses of tax revenues from fuel to stamp duties.
Indian states would be allowed to borrow 5% of their gross domestic product, up from 3% earlier, Sitharaman said on Sunday, adding that it would allow states to raise an additional 4.28 trillion rupees ($56.45 billion) in the year ending March 2021.
"(The move) will help to absorb the expected plunge in their revenue receipts, and avoid a severe cutback in capital expenditure," said Jayanta Roy, group head of corporate sector rating at ICRA.
The minister also said no fresh insolvency cases would be initiated for up to a year, in a move to avoid a wave of bankruptcies from companies hit by the coronavirus outbreak.
Debt incurred by companies due to the economic fallout of the coronavirus outbreak would not be considered a default under the country's insolvency and bankruptcy code (IBC), she added.
Introduced in 2016 to address India's burgeoning bad loans, the code helped lenders and operational creditors drag defaulters to court, which in some cases even led to promoters losing control over their companies.
"Lenders will certainly become more cautious now, considering the impact IBC had on debt recovery, and the fact that debt recovery through IBC will be restricted for at least the next one year," said Atul Pandey, a partner at law firm Khaitan & Co.
Sitharaman said a special insolvency resolution framework for micro, small and medium enterprises would be brought in soon.