Danger signal 7 for Mongla, 6 for Ctg 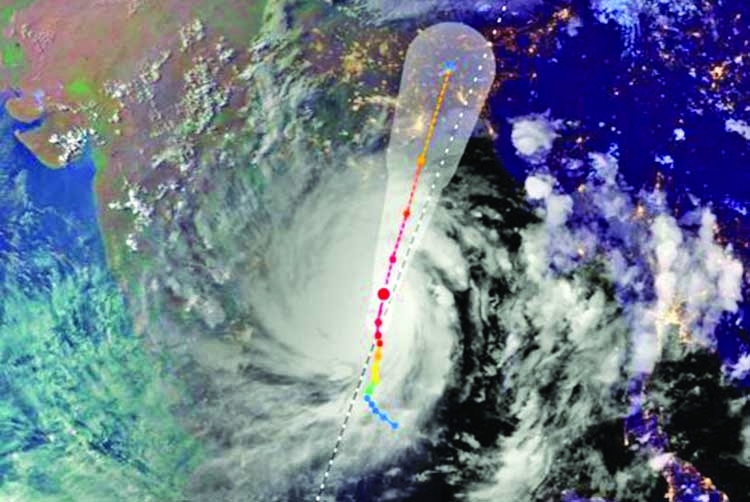 In the wake of the severe cyclonic storm 'Amphan', Bangladesh Meteorological Department on Monday issued danger signal number 7 for Mongla and Payra ports. It also issued danger signal number 6 for Chattogram and Cox's Bazar.
According to the Met Office, the storm has turned into a very severe cyclone as it moves northwards over the west Bay of Bengal. It centered about 1,075 km south-southwest of Chattogram port at 3 pm on Monday.
Senior Meteorologist Bazlur Rashid said, '' The storm is likely to move in a northerly direction and then re-curve north-northeastwards before changing its path through the Bangladesh coast between Khulna and Chattogram between Tuesday night and Wednesday evening.''
''The maximum wind speed within 85 km of the cyclone centre is about 210 kph and may rise to 220 kph in gusts or squalls. The sea will remain very high near the cyclone center,'' the Met Office added.
The low-lying neighborhoods of the country's coastal districts may see flooding due to 4-5 feet higher additional tidal waves and heavy rainfall with winds packing speeds of up to 160 kph.