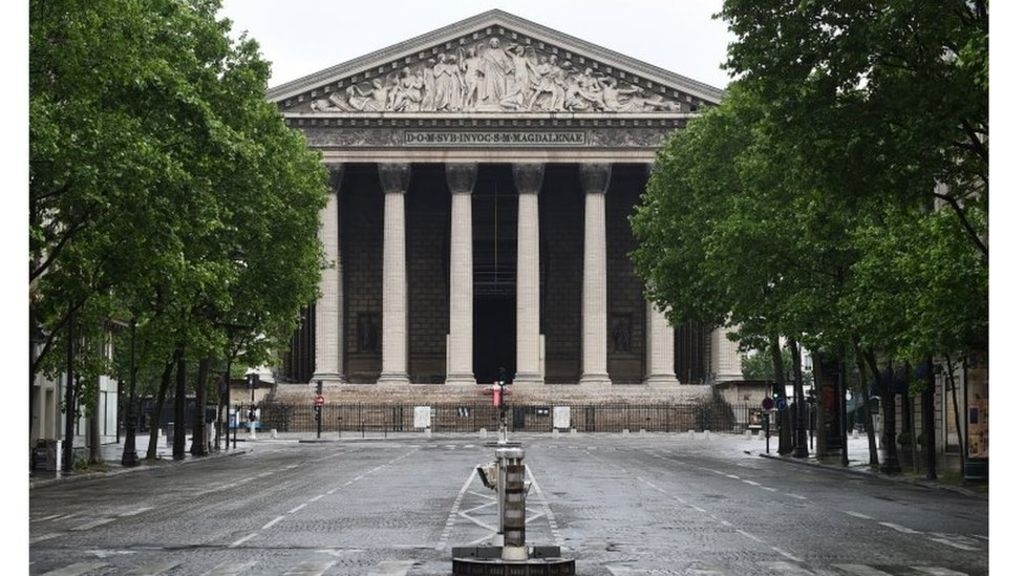 France's administrative court has ruled that the government must lift a blanket ban on meetings at places of worship within eight days.
The ban was put in place as part of measures to curb the spread of coronavirus.
The Council of State ruled the ban was "disproportionate in nature" and caused "damage that was seriously and manifestly illegal".
More than 28,000 people have died in France from Covid-19.
Currently, all gatherings in places of worship are banned except for funerals, which are limited to 20 people.
However the judge said that as private gatherings of up to 10 people are now allowed, the ban was "disproportionate to the objective of preserving public health".
Bruno Retailleau, leader of the right-wing Republicans in the Senate said on Twitter that the ruling was "good news for freedom of religion".
France is currently in the middle of relaxing its lockdown rules while trying to ensure the country does not experience a second wave of cases. Religious leaders had been told not to organise services until 2 June.
France had a cluster of Covid-19 cases in February that originated at an evangelical church. Thousands of people gathered in Mulhouse for a week of activities. More than 2,500 cases are said to have been linked to it worldwide, Reuters news agency reports.
A gathering at a church in South Korea sparked more than 5,000 cases there.