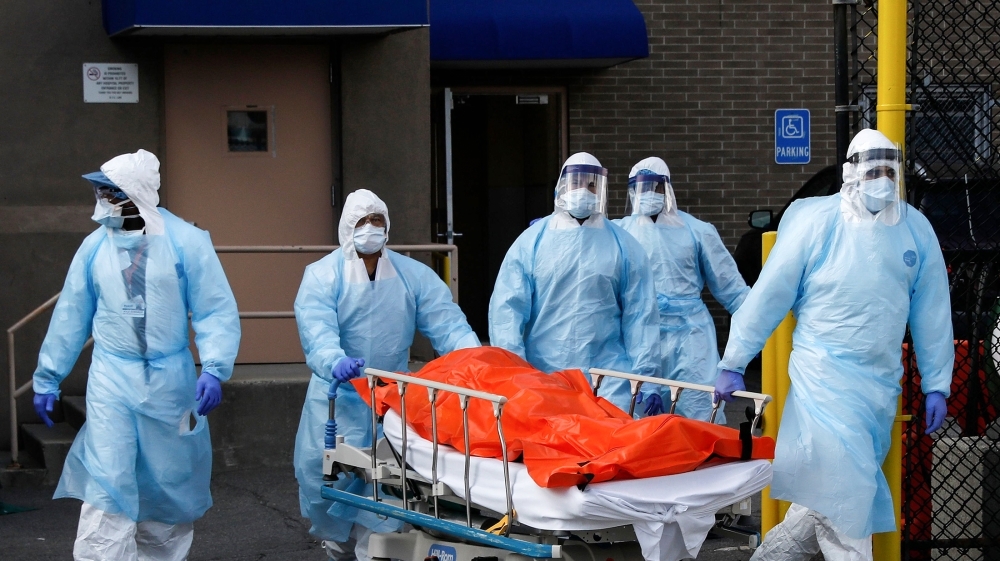 The global death toll from coronavirus reached  320,130 as of Tuesday morning.
The global confirmed coronavirus cases stood at 4,890,863, according to data provided by Worldometer.
With the confirmed cases and casualties, the number of recovered patients is also rising as it was 1,907,392 on Tuesday morning which is 86 percent of the total cases, the Worldometer data shows.
Currently, 2,663,341 confirmed COVID-19 patients are being treated and 44,765 of them are in serious or critical condition.
Coronavirus, first reported in China in December last year, is highly infectious and carried out by humans to over 213 countries and territories around the world and two international conveyances.
The US has been the worst-hit country with the highest number of infections and deaths – more than 1,550,294 cases and 91,981 deaths.
Meanwhile, Russia has come up to the second position from infection as 290,678 people have already got the virus while the deaths remained controlled to 2,722 in the country.
UK has the second-highest death toll with 34,796, Spain has the third-highest number of confirmed cases -- 278,188.
The World Health Organization (WHO) declared the coronavirus crisis a pandemic on March 11.
Situation in Bangladesh
Bangladesh reported its first cases on March 8 and the first death on March 18.
On Monday, the health authorities confirmed detection of 1,602 new cases and 21 deaths – the highest single-day figure so far.
So far, Bangladesh has confirmed 23,870 cases and 349 of them died.
A total of  4,575 people have made recovery from the virus infection  in the country so far which is 19.21 percent of the total infection in Bangladesh.