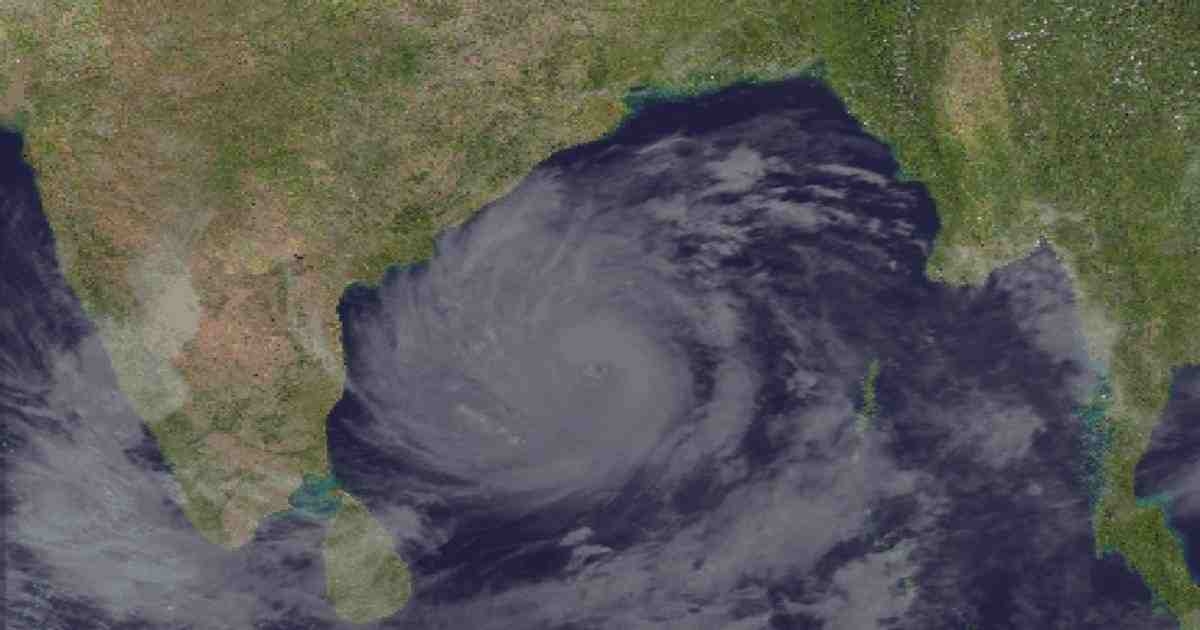 Super cyclone ‘Amphan’ has been moving further north-northwards and is likely to make landfall by Wednesday afternoon /evening, Bangladesh Meteorological Department (BMD) said Tuesday morning.
“It is likely to move in a north-northeasterly direction and may cross Bangladesh coast between Khulna-Chattogram during late night 19 May 2020 to afternoon / evening 20 May 2020,” the Met Office said in a special bulletin.
It was centred at about 890km Southwest of Chattogram Port, 840km Southwest of Cox’s Bazar Port, 785km South-Southwest of Mongla Port and 775km South-Southwest of Payra Port, according to Marine Bulletin of 6am.
The maximum sustained wind speed at the super cyclone’s centre within 9kms was about 225kph rising to 245kph in gusts or squalls while.
Maritime ports of Mongla and Payra have been advised to keep hoisted danger signal 7. Meanwhile, maritime ports of Chattogram and Cox’s Bazar were told to hoist danger signal 6.
Coastal districts of Satkhira, Khulna, Bagherhat, Jhalakathi, Pirozpur, Borguna, Patuakhali, Bhola, Barishal, Laxmipur, Chandpur and their offshore islands and chars will come under danger signal 7.
Meanwhile, Noakhali, Feni, Chattogram, Cox’s Bazar and their offshore islands and chars will come under danger signal 6.
Majority of the coastal districts are likely to be battered by wind blowing at speed of up to 140-160kph in gusts or squalls with heavy to very heavy rainfall during the passage of the storm.
Under the influence of ‘Amphan’ and the new moon phase, low-lying areas of Satkhira, Khulna, Bagherhat, Jhalakathi, Pirozpur, Borguna, Patuakhali, Bhola, Barishal, Laxmipur, Chandpur, Noakhali, Feni, Chattogram and their offshore islands and chars are likely to be inundated by storm surge of 4-5 feet height above normal astronomical tide.
All fishing boats and trawlers over North Bay and deep sea have been advised to take shelter immediately and to remain in shelter until further notice.
Government preparation
State Minister for Disaster Management and Relief Dr Md Enamur Rahman said the government has taken necessary preparations to face the super cyclone.
He said 12,078 shelters have been kept ready in 19 coastal districts.
‘Amphan’ will be the first super-cyclonic storm to hit the region for more than 20 years. In 1999, a super-cyclone hit the coast of Odisha, killing more than 9,000 people in India, according to The Guardian.
The super cylone is expected to cause heavy rains and possible flooding in Cox’s Bazar Rohingya camps, home to more than a million Rohingyas.
Double challenge for Bangladesh
‘Amphan’ will pose a ‘dual challenge’ to Bangladesh as the country grapples to contain the spread of highly infectious coronavirus.
It will be hard to maintain social distance at the cyclone shelters and if there is any asymptomatic patient, the situation will be disastrous.