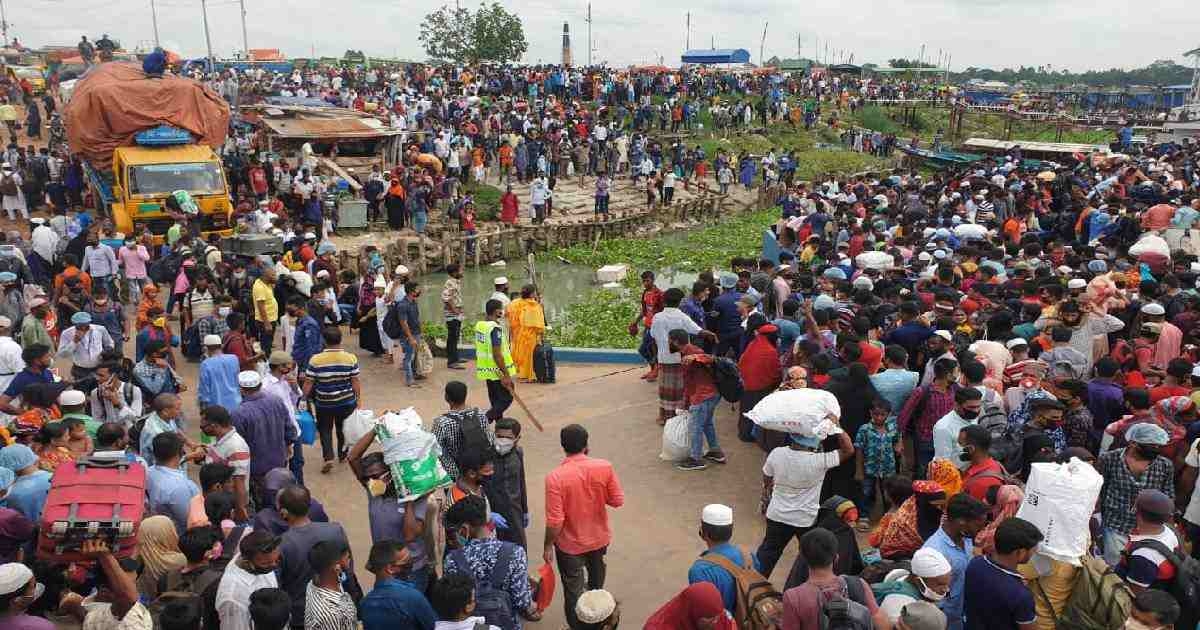 Several thousand people gathered at Mawa ferry terminal on Tuesday morning in their desperate bid to cross the Padma River although ferry services remained suspended.
Thousands of people started their journeys to go home through Shimulia-Kathalbari in Munshiganj and Paturia-Daulatdia routes in Manikganj since morning defying the government’s restrictions on movement and taking the risk of virus infection.
Meanwhile, Bangladesh Inland Water Transport Corporation (BIWTC) suspended ferry services on Shimulia-Kathalbari river route at 3pm on Monday to stop people from travelling home amid the coronavirus outbreak.
The suspension of the ferry service helped little to stop people’s frenzied rush to go home on Tuesday morning as Mawa ferry terminal in Munshiganj turned into a sea of people around 10am.
People avoided the highway and walked for kilometres after kilometres to the terminal through alternative roads in villages, reports a UNB journalist.
Thousands of people were seen waiting in ferries kept anchored on the terminal for crossing the river.
Earlier on Monday noon, four large ferries turned unable to carry vehicles due to massive pressure of people and the situation worsened alarmingly, forcing the BIWTC to suspend the ferry services.
Md Shafiqul Islam, assistant general manager of BIWTC, said the decision was taken after consulting the Ministry of Shipping.
“Ferries will transport only ambulances carrying bodies until further notice,” he said adding that goods-laden trucks will not be permitted either to cross the river.
Ferry services on Paturia-Daulatdia route in Manikganj were suspended at 6am on Tuesday.
Zillur Rahman, deputy general manager, Patirua Terminal, BIWTCA, said the suspension will remain in force until further notice.
Meanwhile, two ferries have been anchored a little bit way from the riverbank which will leave with only vehicles of emergency services, he said adding that they are not permitting any private cars or people to get on the ferries.
On Monday, BIWTA suspended ferry services on Paturia-Daulatdia route from 12pm to 6pm.
Meanwhile, Inspector General of Police Benazir Ahmed on Tuesday morning urged people already reached the ferry terminals to come back.
“Those who’ve already reached the ferry terminals, come back please. If necessary, police will manage vehicles for bringing you back,” he said in a media briefing.
On Sunday, the IGP directed the police to take steps so that people cannot either leave or enter Dhaka ahead of Eid.
He also urged people not to go to their village homes from the capital and other cities during and follow the health guidelines during the pandemic. 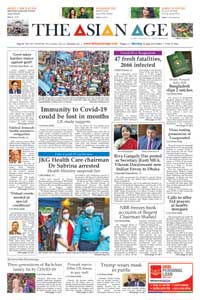