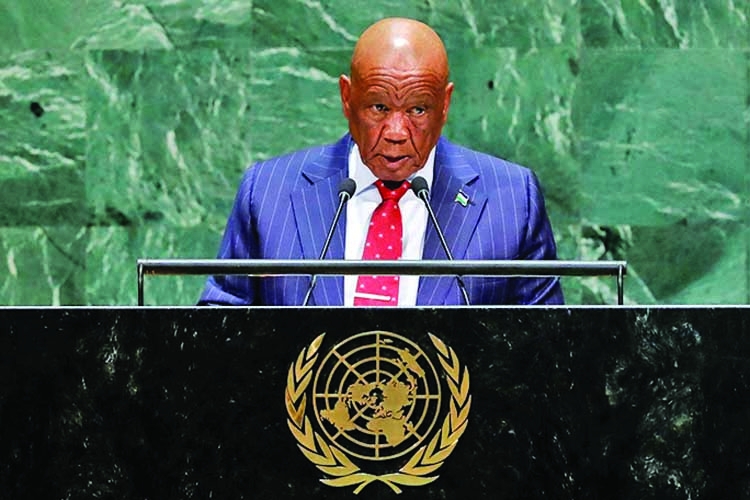 Thomas Motsoahae Thabane, prime minister of Lesotho
Lesotho's Prime Minister Thomas Thabane resigned on Tuesday, removing the main hurdle to resolving a political crisis that engulfed the small southern African mountain kingdom late last year.
Thabane's departure marks the end of one of Lesotho's longest political careers, one marked by exile, feuding, intrigue, tensions with the military and a political crisis that worsened when police named him as a suspect in a murder case in February. His own All Basotho Convention (ABC) party, opposition figures and South African mediators, had been heaping pressure on the prime minister to resign over a case in which he and his current wife are suspected of conspiring to murder his former wife nearly three years ago. They have both denied any involvement.
"The time to retire from the great theatre of action, take leave from public life and office has finally arrived," the eighty-year-old told citizens in a speech on Lesotho TV. "I plead with the entire nation and leadership to give my successor utmost support, and on my part I wish to assure him of my support at all material times," he added.