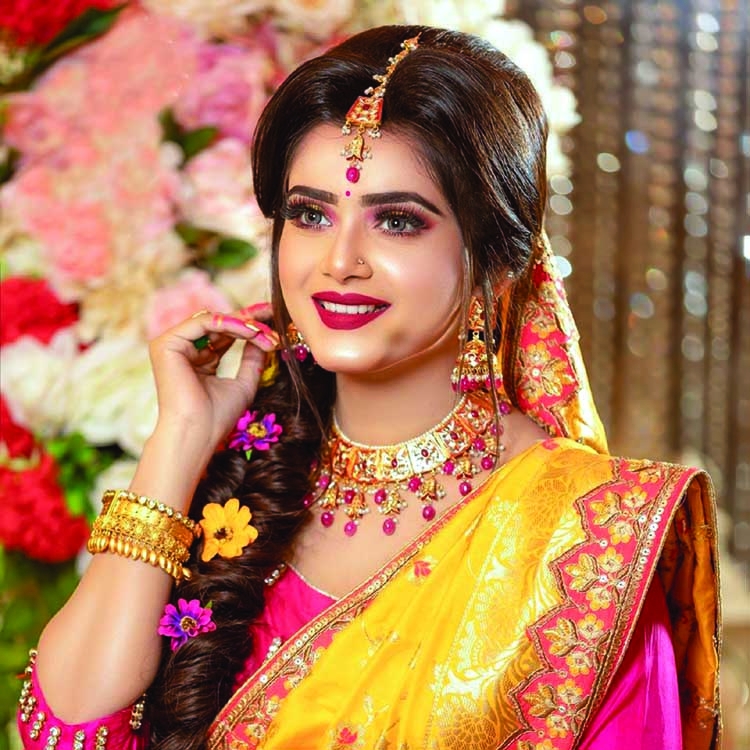 The news of Apurba and Nazia's divorce has been spreading far and wide. Some have expressed dismay and awe about hearing the end of a long nine year married life.
Also, there are some rumors which are floating around in the air surrounding the involvement of TanjinTisha in the divorce. People have been speculating that there is an affair between Apurba and Tanjin Tisha which has resulted into the actor being separated from his former wife.
However, denying the issue TanjinTisha has published a long post on her official verified Facebook page. The post follows, "To all those who are concerned, I usually don't respond to rumors but today I feel I should put a stop to the ongoing gossip that has been published in some online newspapers. Please do not use my name and make the situation worse for my co-artist and his family.
They are going through a tough phase. Coming up with unwanted gossips will only make it worse for them. I truly believe someone is intentionally making this up to defame my reputation."
She adds, "To my fans and well-wishers, please do not believe in news that has no authenticity. I request you all to not share and spread this fake rumor any further as spreading fake news is also a cybercrime."
She concludes her post by saying, "To respected journalists, I request you not to mention my name in such baseless story. Those who will continue to do so will have to face legal action from my end."