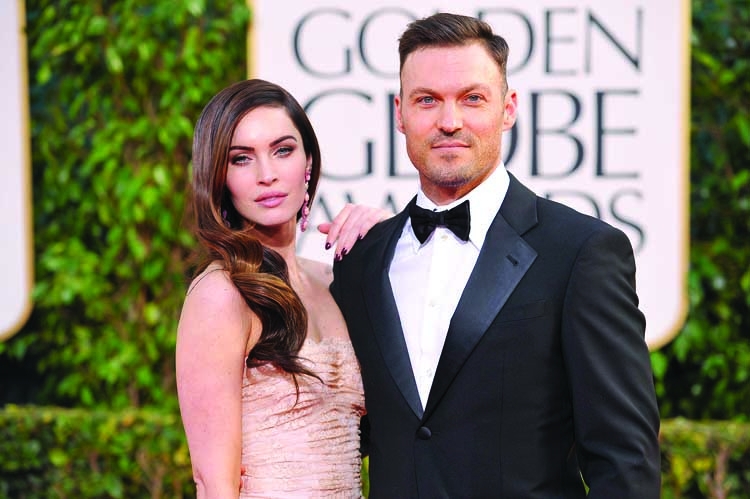 It seems like American actor Brian Austin Green had some things to get off his chest. Or so it appears from his latest social media post. According to E!News, the 46-year-old star is known for rarely sharing snaps on his social media, however, his latest post is gaining a lot of attention. On Saturday night, the 'Urgency' star put out a cryptic message on Instagram.
Green's caption began, "Eventually butterflies get bored sitting on a flower for too long. They start feeling smothered. It's a great big world and they want to experience it." He even uploaded an image of butterflies sitting on flowers. As per E!News, actor Megan Fox is known to have a tattoo with a butterfly quote that reads, "We will all laugh at gilded butterflies."
Brian's post was shared a few hours after the 'Transformers' star Fox was seen hanging out with Machine Gun Kelly. Additionally, his latest message comes just weeks after rumors swirled about his and Fox's marriage. Green and Fox - the long-time couple sparked split speculation in late April, especially after Brian was spotted not wearing his wedding band during afternoon outings.
Moreover, the two haven't been photographed together in a while. A source to the outlet told just last month that they've been living separately during the COVID-19 pandemic.
However, despite their living situation, our insider assured us that "they don't plan to file [for] divorce right now."
The former couple's romance has had a few bumps in the road. In 2009, the pair called off their engagement and two years after the actor popped the big question they reconciled their relationship and got married a year later.