'Want to adopt the Imran Khan style of captaincy' 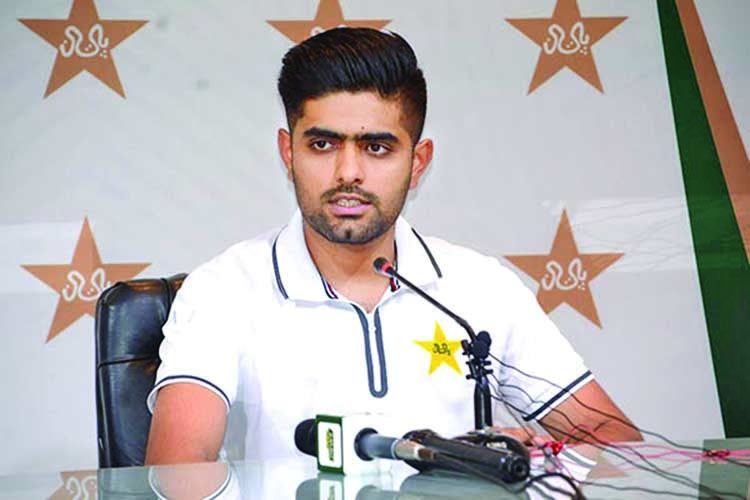 Babar Azam
New Pakistan ODI captain Babar Azam wants to adopt the captaincy style of Imran Khan, who led the country to the 1992 World Cup title.
Having been recently handed the reins of the ODI side in addition to T20I leadership, which he took over in later 2019, Azam has already set himself targets. Top on his priority list is to help Pakistan scale back up the ODI charts after they slipped to No.6 in the annual update to the MRF Tyres ICC Team Rankings.
"I've captained the U19 as well as the T20I team in the past," Azam reflected during a media interaction. "When I look at our rankings in the formats, it is not acceptable for me and my task is to bring that up to the top three. PCB thought I was ready (for the job) and they gave it to me. I'm ready."
Azam said that he wants to evolve into an attacking captain in the mould of Imran Khan, who led Pakistan to ICC Men's Cricket World Cup glory in 1992. "When you are captaining, you need to have a bit of a cool mind, you've to carry your team along, you've to be methodical with your plans against the opposition to get them out," he said.
"You have to be a little controlled, inside you may feel angry but you have to be in control. I learnt this in under-19 [cricket]. In the ground, you may have to tone down the aggression and give the players confidence. If you back your players 110%, they'll do that well. I want to be an attacking captain. I want to adopt the Imran Khan style."
The 25-year-old is the No.1 ranked batsman in the MRF Tyres ICC Men's T20I Player Rankings for batting, sits at No.3 position in ODIs and No.5 in Tests. Azam is confident that the added responsibility of captaincy will not have an effect on his batting performance.
"I'm a fan of challenges," he said. "Captaincy and batting are a little different. When you are batting, you are just focussing on batting and not thinking about captaincy. It's only when you are done with batting that you start thinking about team performance. My aim is to continue performing the same way even as captain."