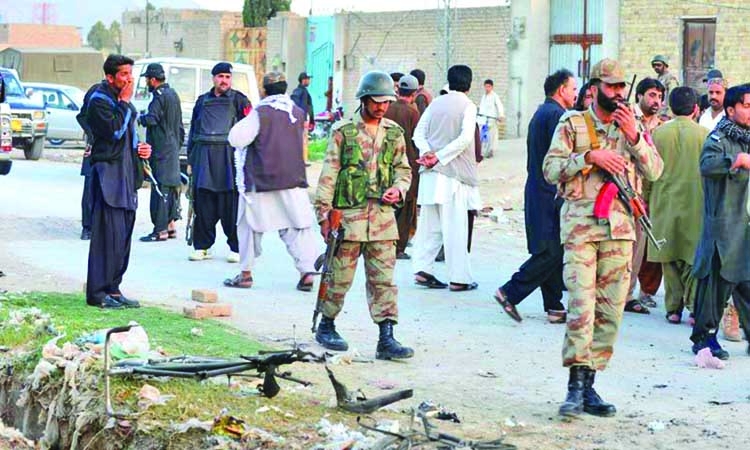 Militants killed seven Pakistani soldiers in two attacks in the country's mineral-rich southwestern province of Balochistan, the military said on Tuesday.
Balochistan is at the centre of the $60 billion China Pakistan Economic Corridor, part of Beijing's massive Belt and Road infrastructure project.
But separatist, Islamist and ethnic violence afflicts the impoverished province, fuelling concern about the security of projects such as a planned energy link from western China to Pakistan's southern port of Gwadar.
Six of the soldiers were killed by an improvised explosive device as they were returning late on Monday night from a routine patrol to their camp in Pir Ghaib in the Mach district of Balochistan, the military's media wing said in a statement, reports Reuters.
Another soldier was killed during an exchange of fire with militants in the Mand area of Kech district, it said.
No group has claimed responsibility for the attacks in Balochistan, which borders both Iran and Afghanistan.