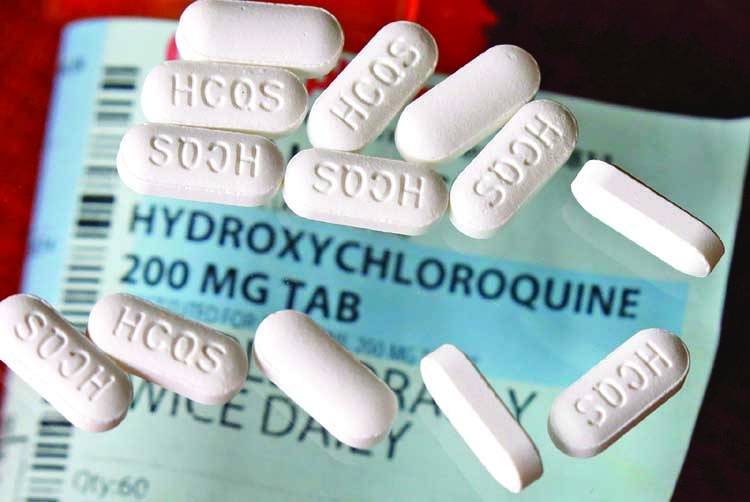 US President Donald Trump, in a surprise announcement, said on Monday he is taking hydroxychloroquine as a preventive medicine against the coronavirus despite medical warnings about the use of the malaria drug. "I'm taking hydroxychloroquine," Trump told reporters. "I've been taking it for the last week and a half. A pill every day."
Trump volunteered the disclosure during a question-and-answer session with reporters as he met restaurant executives whose businesses are reeling from the impact of the virus.
Weeks ago Trump had promoted the drug as a potential treatment based on a positive report about its use against the virus, but subsequent studies found that it was not helpful. The Food and Drug Administration has issued a warning about its use, reports Reuters.
In an April 24 statement, the FDA said it is "aware of reports of serious heart rhythm problems" in patients with COVID-19 treated with hydroxychloroquine or an older drug, chloroquine.
Trump, 73, who is tested daily for the virus, said he had asked the White House physician if it was OK to take the drug, and the doctor told him, "well, if you'd like it."
The president, a well-known germaphobe, has nonetheless refused to wear a protective mask in the West Wing.
The disclosure came as Moderna Inc reported progress in a potential vaccine for the virus. The only drug that has emerged so far as a potential treatment is Gilead Sciences Inc's remdesivir.
Fox News Channel, immediately after Trump's remarks, interviewed Dr. Bob Lahita, a professor of medicine at Rutgers University, who cautioned people not to take hydroxychloroquine.
"There's no effect that we have seen and we have treated multiple patients with it," he said.
Trump said he also took a single dose of azithromycin, an antibiotic which is meant prevent infection. In conjunction with hydroxychloroquine, Trump said he was taking zinc.
"All I can tell you is so far I seem to be OK," Trump said.