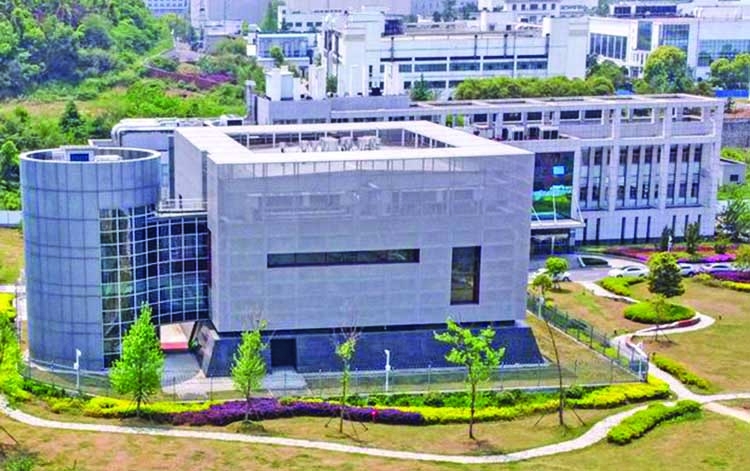 The P4 laboratory at the Wuhan Institute of Virology. -Getty
Citing safety and bureaucracy as its reasons, a Chinese official admitted Friday that China's government ordered the destruction of samples of the coronavirus.
Last month, Secretary of State Mike Pompeo accused China of censoring its own experts and destroying samples of the virus as a means to cover up how dangerous the pandemic was. "The CCP still has not shared the virus sample from inside of China with the outside world, making it impossible to track the disease's evolution," he told reporters on April 22. On Friday, a Chinese official claimed there were good reasons for destroying samples of the virus.
Liu Dengfeng of the Chinese National Health Commission's science and education department said samples of the virus were destroyed at unauthorized labs to "prevent the risk to laboratory biological safety and prevent secondary disasters caused by unidentified pathogens."
"The remarks made by some U.S. officials were taken out of context and intended to confuse," he said at a news briefing in Beijing, according to the South China Morning Post.
Liu said "national-level professional institutes" were seeking to identify the virus causing the disease when it first impacted residents of Wuhan.
"Based on comprehensive research and expert opinion, we decided to temporarily manage the pathogen causing the pneumonia as Class II - highly pathogenic - and imposed biosafety requirements on sample collection, transport and experimental activities, as well as destroying the samples," he said.
Liu claimed China's only motive was to act in accordance with its standard practice for handling dangerous virus samples, saying labs that do not meet safety requirements should not have samples.
In February, a provincial health commission notice called upon unauthorized labs to either destroy their samples or send them to a larger center.
Further, the Chinese magazine Caixin reported the same month that at least one company was ordered to destroy early samples of the virus.
The magazine said certain hospitals, hoping to identify the virus, had sent samples to private gene sequencing companies for analysis.
Some results that came back in late December showed the virus was from the same family as SARS, according to the magazine. At least one company that had analyzed samples was ordered to destroy them.
Liu said China might share samples of the virus "in an orderly manner within the framework of the World Health Organization."
China will act to "further strengthen international cooperation and scientific research, promote the development, production and fair distribution of COVID-19 vaccines, diagnostic tools and therapeutic drugs," he said.
But Pompeo has painted China's actions as part of its effort to hide the truth.
"It covered up how dangerous the disease is. It didn't report sustained human-to-human transmission for a month until it was in every province inside of China," he said on April 22. "It censored those who tried to warn the world, it ordered a halt to testing of new samples, and it destroyed existing samples."