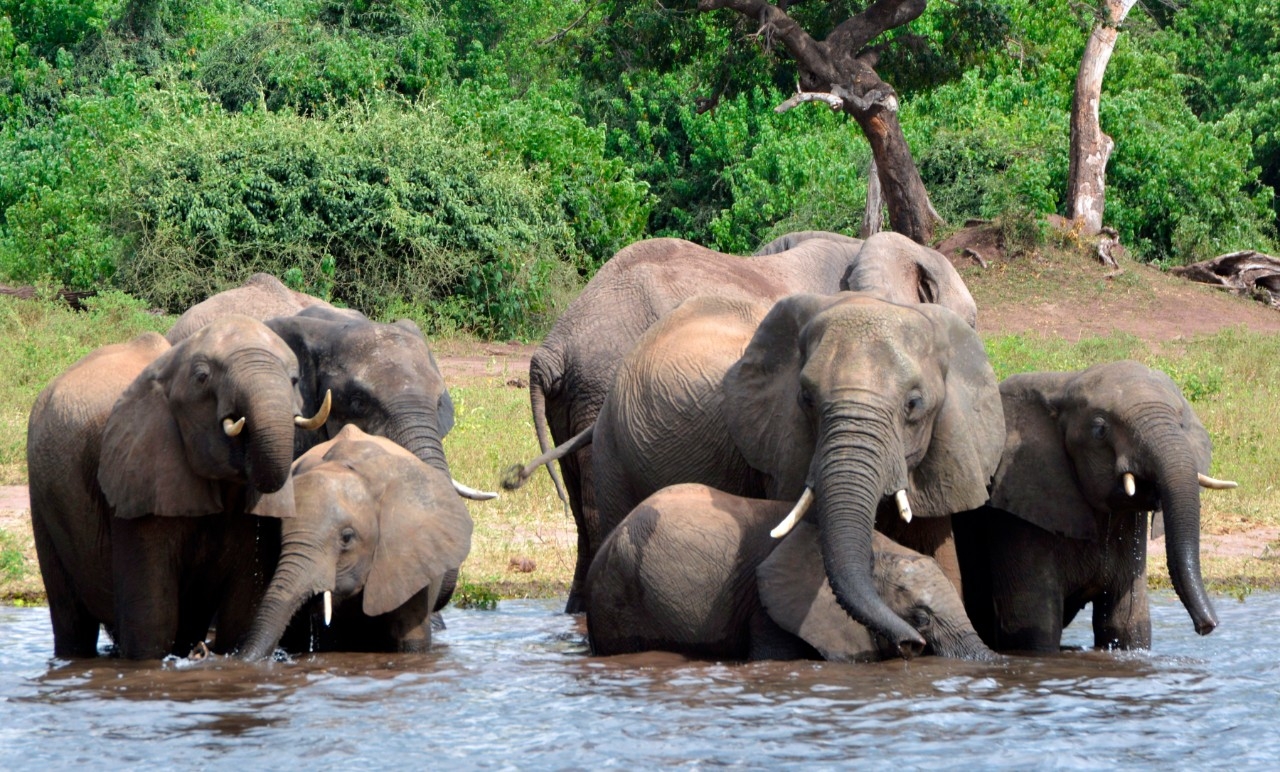 Botswana is probing the mysterious deaths of a dozen elephants in the country's famed Okavango Delta, the tourism ministry said Tuesday, ruling out poaching because the animals' valuable tusks were not missing.
The landlocked southern African country which boasts the world's largest elephant population said 12 carcasses had been discovered over the past week in two villages in the northwest of the country.
"So far, veterinary officers have ruled out the possibility of poaching because all carcasses of the elephants were found intact," Oduetse Koboto, the tourism ministry's acting permanent secretary, said in a statement.
A search is under way for more dead pachyderms.
In October 2019, Botswana reported that more than 100 elephants died from a suspected anthrax outbreak.
Preliminary investigations then suggested the jumbos were dying from anthrax whilst some died from the effects of drought.
With unfenced parks and wide-open spaces, Botswana has the world's largest elephant population, boasting more than 135,000 animals -- about a third of the African continent's total.
Leading conservation Elephants Without Borders last year warned of surging elephant poaching in parts of Botswana, estimating that nearly 400 were killed across the country in 2017 and 2018.
In February this year the government auctioned off seven elephant hunting licenses after it controversially lifted a hunting ban saying the move would not threaten the elephant population.
The hunting season was supposed to open in April but it was put on hold because of the coronavirus pandemic. -- AFP