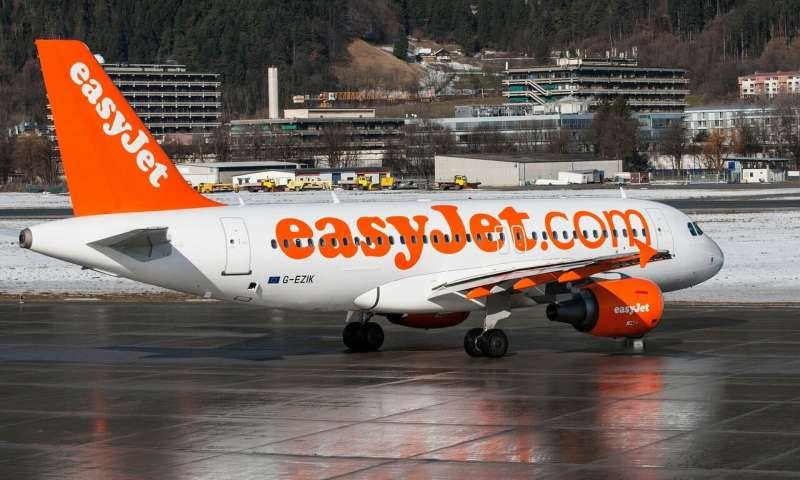 British airline EasyJet said it had suffered a "sophisticated" cyber attack, uncovering names and travel details of about nine million customers, amid raised concerns over coronavirus-fuelled Internet hacking.
"Since we became aware of the incident, it has become clear that owing to Covid-19 there is heightened concern about personal data being used for online scams," EasyJet chief executive Johan Lundgren said in a statement.
The no-frills airline, hit also by an unprecedented collapse in demand as the virus grounds planes worldwide, added that credit card details of 2,208 customers were additionally accessed.
"Our investigation found that the email address and travel details of approximately nine million customers were accessed," the airline said.
"These affected customers will be contacted in the next few days."
The company said they became aware of "potential unusual activity" in late January, and launched an investigation using forensic experts.
"In April, we notified a small group of customers whose credit card details had been impacted and offered them support including a dedicated helpline and monitoring," it added.
The company said it had been working closely with the Information Commissioner's Office, and was notifying customers affected.
"This is particularly in light of the increased risk of phishing emails since the outbreak of COVID-19," it added.
The area where unauthorized access had been obtained was shut down, it said.
The data breach comes after British mobile phone giant Vodafone last week said it had heightened its own security as it warned of increased cyber attacks by criminals profiting from the pandemic.
Vodafone added that it anticipated "a continued increase in volume and scale of financially-motivated cyber attacks" amid the virus outbreak. -- AFP