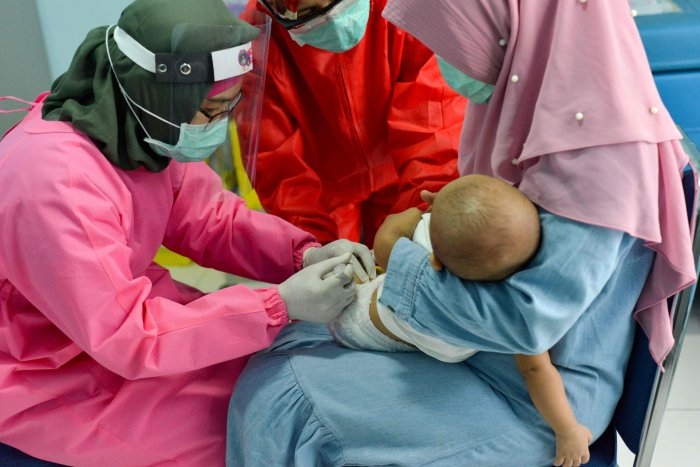 Indonesia is facing a baby boom that could see more than 400,000 unplanned pregnancies as Covid-19 coronavirus lockdowns cut access to birth control, the national family planning agency said on Tuesday.
Small health clinics have been temporarily shuttered while doctors and midwives are limiting patient numbers since the Southeast Asian nation implemented a partial lockdown last month to prevent the spread of Covid-19.
That has made it more difficult for Indonesians to access birth control, the agency said.
"There are also many people who chose to comply with the government's order to stay at home unless there's an emergency," Hasto Wardoyo, head of Indonesia's national population and family planning board (BKKBN), told AFP.
"I guess many people don't see contraception as an emergency," he added.
By early next year, Indonesia – the world's fourth most populous country – could see 420,000 more babies born than would otherwise be expected, the agency estimated.
The figure is based on 10 per cent of its 28 million member nationwide family planning practice having trouble getting birth control. About 4.8 million babies are born annually in Indonesia, a country of more than 260 million.
The expected jump could aggravate the prevalence of childhood stunting as well as maternal and infant deaths, the government said.
"If you're planning to get pregnant, now is not the right time and please do not stop your contraception," Wardoyo said.
In response, the agency said it is sending staff door to door to get intrauterine devices (IUD) and other birth control into the hands of those who want it.
Some 95 per cent of contraceptive users in Indonesia are women while only a small number of men use condoms, it said. - AFP