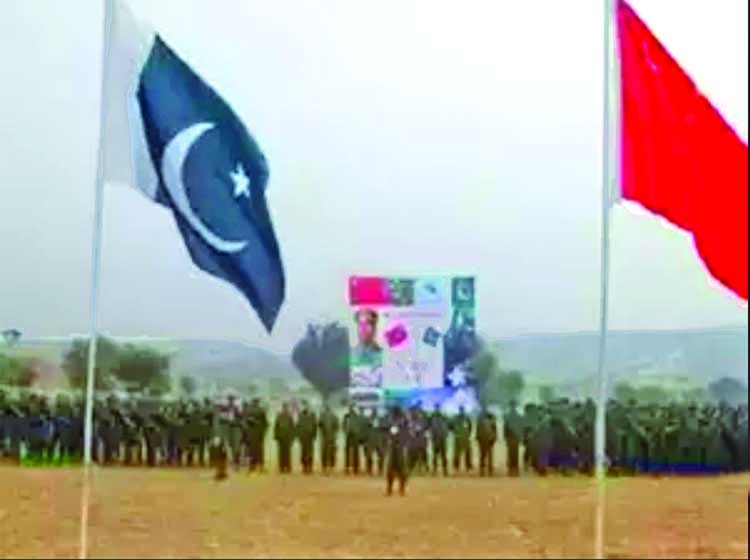 A recently concluded probe conducted by the Imran Khan government into the anomalies of China-Pakistan-Economic-Corridor has revealed that six China-funded power projects under CPEC has resulted in huge profits for Chinese firms setting up the plants through over invoicing and tariff charges compared to market rates.
ET has a copy of the report which also alleged that government-to-government deals signed under CPEC had unduly favored Chinese investors. One of the six power projects was found to be 234 percent expensive than a similar project in India, the study revealed. None of these projects were offered under bidding as it is being funded by a single country, according to inquiry report.
The inquiry report revealed that the $1.7 billion power transmission line project of the China-Pakistan Economic Corridor (CPEC) was 234% expensive than a similar project in India with better technology.
The NTDC and State Grid Cooperation of China (SGCC) signed a cooperation agreement in April 2015 for development of 4,000MW, ±660 kV Matiari to Lahore High Voltage Direct Current (HVDC) Transmission Line. This project is included in the priority projects under the CPEC.
The report noted that the National Electric Power Regulatory Authority (Nepra), after the end of the proceeding, approved a total project cost of $1.7 billion in November 2016. Within the approved cost, $1 billion was approved for converter stations. Since the project was awarded under CPEC through government-to-government agreement, no bidding was carried out for the award of this project, according to the inquiry report.
However, a similar project was awarded in January 2017 in India through international competitive bidding at the time when Lahore-Matiari HVDC project approvals were given. The winning bidder was ABB from Zurich, the report points out. The Indian transmission line project is high in specification as well as length and is still cheaper by $360 million, according to the committee. The Khan government has refrained from making the probe report public and this can cause a major embarrassment for both Beijing and Islamabad dubbed all-weather allies. The power sector along with Gwadar Port and highways are key pillars of the CPEC.
The report was submitted by a nine-member committee last month and the role of Chinese companies as financers and executors of the projects were scrutinized. The six power projects include both coal-fired and wind energy projects. The committee red flagged the set-up cost of two coal-based power plants, ET has learnt from the probe report. Comparison was done between Pakistani government owned power project and one funded by the Chinese. The committee alleged that investors took out their equity upfront by over-invoicing the cost of plant and machinery, ET has further learnt.
The committee discovered $2.5-2.6 bn in excess payments were made to China and its firms in two coal-based projects under the CPEC. But irregularities were not just detected with regard to coal-based projects. Wind power projects by Hydro China and Three Gorges, another Chinese company, have also come under scanner of the committee, ET has learnt from the probe report. High tariff charged from these plants enabled corruption and excess payment to Chinese firms.
Pakistan's planning minister Asad Umar wants to make the explosive power sector inquiry report public. But he is being opposed by the power ministry on the grounds that this will spoil ties with China. Former Securities and Exchange Commission of Pakistan (SECP) chairman Mohammad Ali led the inquiry committee. There are allegations that Pakistani PM aides Razak Dawood and Nadeem Baber are among the beneficiaries of the deals for CPEC power projects.