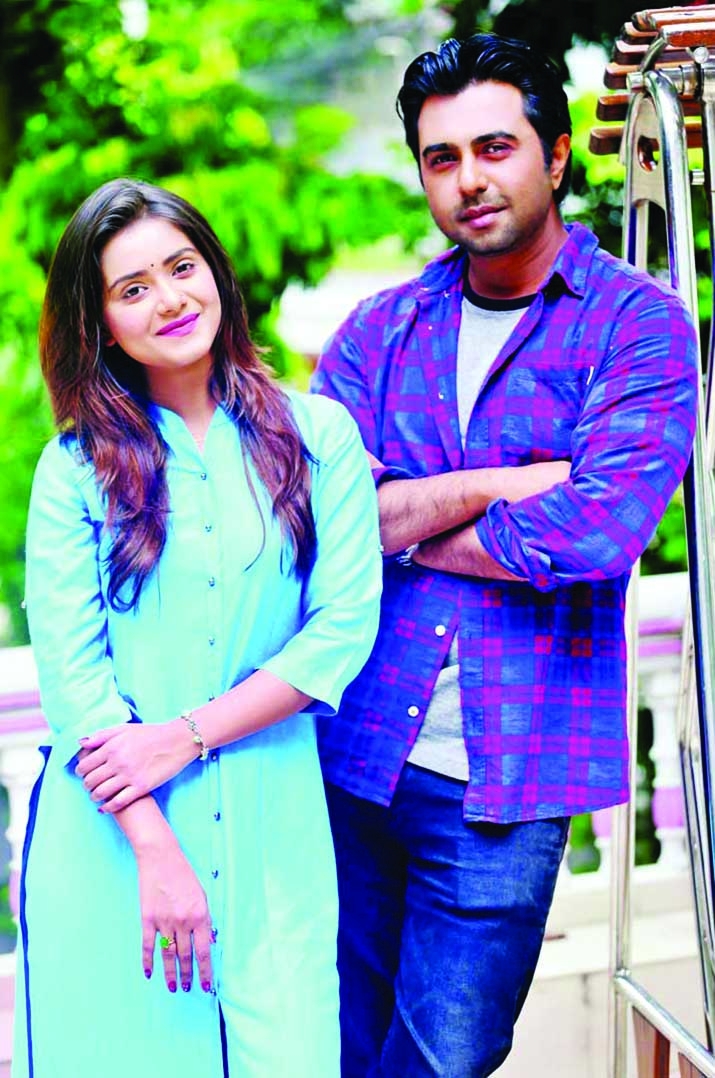 In the last few years, Ziaul Faruq Apurba and Tanjin Tisha have acted in a number of popular dramas. The audience has received the pair well onscreen. Although lots of rumors have taken place about this successful drama-couple, especially around the divorce of Apurba, they have denied all.
On the occasion of upcoming Eid, the pair has tied the knot again for the audience in the drama 'Hathat Dekha', which is set to be released on Eid.
The play is written and directed by KajalArefin Ami. According to the producer, the play will tell a different story of life's ups and downs; where life events can be seen. But it is different.
Apurba and Tisha have played romantic roles in the drama. Bandhan Lincoln, Sharika Sabah, and many others have also acted in it. It is being produced by 'Club XI'.
However, the drama can be seen on YouTube, not on TV.
The play 'HathatDekha' will be released on the production company's You Tube channel during the Eid program.