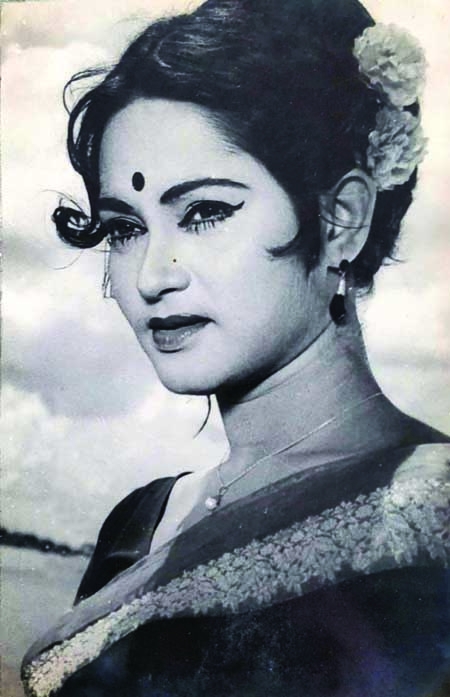 One of the leading film, television, radio and stage actresses of the country, Ajmeri Zaman Reshma passed away on 20th May, 2020 at 2:30pm at Green Life Hospital in Dhaka.
Born on 31st March 1938, she started her career in the early 60s through Radio and Voice of America as a Voice Artist, Presenter and News Reader. Later, her acting prowess led her to act on stage, television and films. She became hugely acclaimed for her performance on television in the Bangla adaptation by Munier Chowdhury of William Shakespeare's, 'Taming of the Shrew' titled 'Mukhora Romoni Boshikoron' co-starring Golam Mustafa, Hasan Imam, Laila Hasan and many others in 1970, directed by the television stalwart Mr. Mostofa Monwar.
Her foray in films began with 'Jeena Bhi Mushkil' and soon reached stardom for her stellar performance in 'Chokori', co-starring Nadeem and Shabana. For films, Ajmeri Zaman took on the pseudonym of Reshma and went on to star in many Bangla and Urdu films like 'Bhawal Shonnyashi', 'Noyontara' 'Indhan' 'Darshan', 'Chand aur Chandni', 'Phir Milenge Hum Dono', 'Shurjo Uthar Agey', 'Megher Pore Megh', 'Shesh Uttor' and many other films. Her creative excellence also got her involved with costume designing and art direction for stage productions. Her passion also for stage acting got her involved with the eminent stage platform of the 60s, Drama Circle.
Ajmeri Zaman Reshma hailed from a Zamindar family of Munshigonj and got married to Zaman Ali Khan, the first Producer of PTV in 1961. At the time of death, she was 82 years old and left behind her son, Rahber Khan, Voice Artist and former News Presenter of Bangladesh Betar, Bangladesh Television, BTV and ATN Bangla and Daughter in-law, Farhana Mithu, a well known television, film and stage actor of the country.