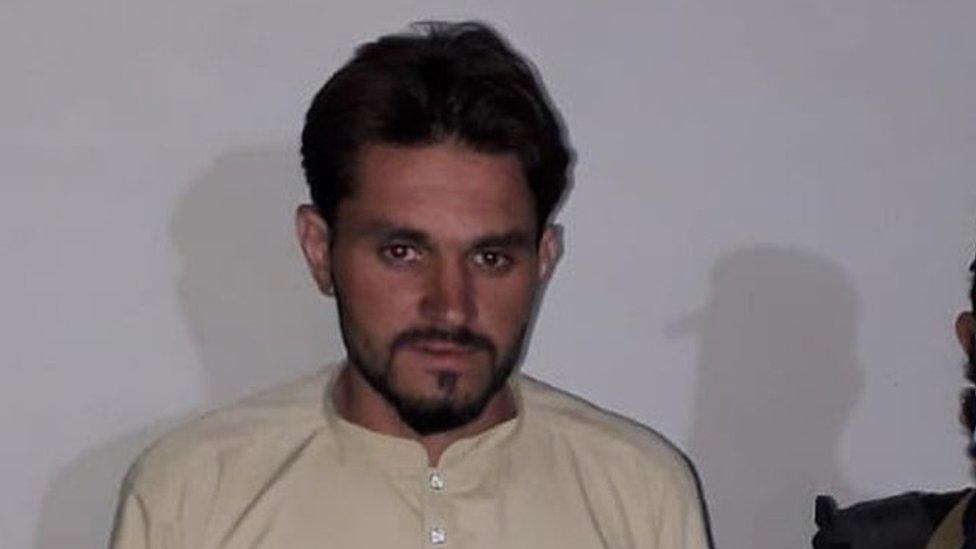 Police have arrested a man suspected of killing two young women in Pakistan, after a video in which a man is seen kissing them went viral on social media.
Muhammad Aslam is suspected of shooting the pair, aged 18 and 16, who were his cousins.
The man in the video, the owner of the phone it was filmed on, and relatives of the women are also in custody.
Rights group say violence against women remains a serious problem in Pakistan.
They were murdered last week in the village of Shamplan, in Garyom region on the border of North and South Waziristan tribal districts in Khyber Pakhtunkhwa province.
The area is a socially conservative remote region, where tribal law is often upheld over federal law.
Activists believe about 1,000 such so-called "honour killing" murders - for perceived transgressions of social codes - are carried out across the country every year.
The 52-second long video was reportedly shot nearly a year ago, but went viral a few weeks ago.
In the video, seen by the BBC, Umer Ayaz, 28, is seen in a secluded area outdoors with three veiled women, two of whom he then kisses. He has been arrested and charged with making the "vulgar" video clip.
He is believed to be married with two children.
The third girl, who is not kissed in the video, is the wife of the suspected killer according to police. She is believed to be in hiding.
Fida Wazir, whose phone was used to make the video, has also been arrested - suspected of spreading the video on social media.
The father of one victim and the brother of the other are also in police custody for failing to report the killings and concealing evidence.