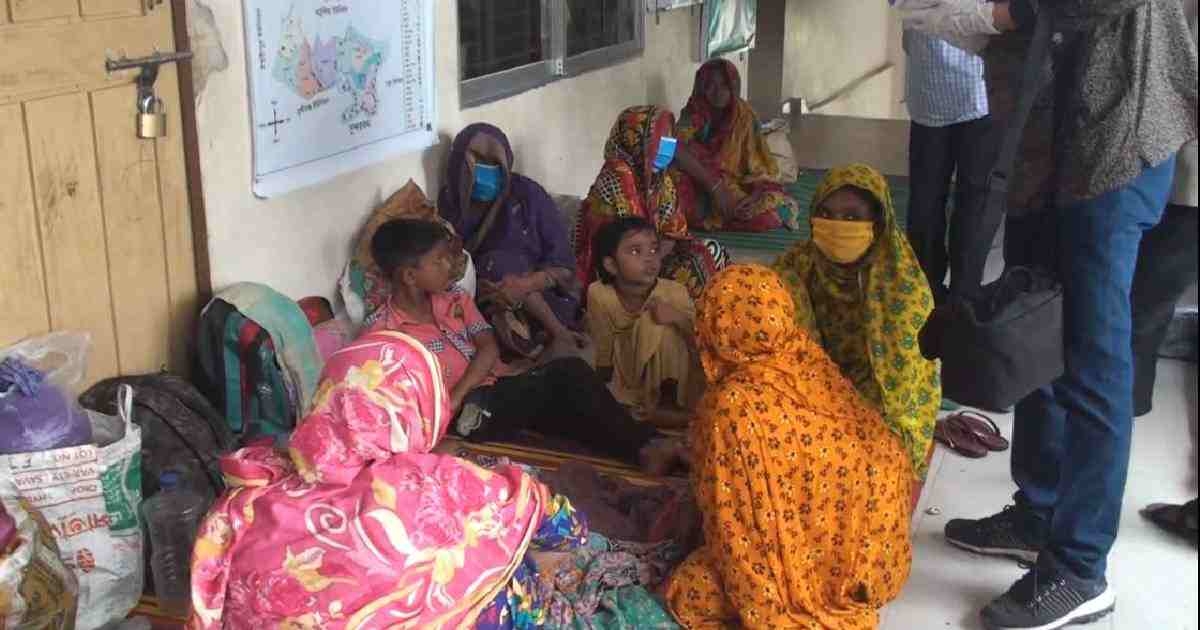 Ten  people have been killed and three others injured as Cyclone ‘Amphan’ slams different coastal districts of the country on Wednesday evening.
The deaths were reported from Kalapara and Galachipa upazilas of Patuakhali district, Charfashion and Borhanuddin upazilas of Bhola district, Mathbaria upazila of Pirojpur district under Barishal division, Satkhira district, Chowgachha upazila of Jashore district and Sandwip upazila of Chattogram district, according to the control room of Directorate General of Health Services (DGHS).
Of the deceased, two were killed in incidents of boat and trawler capsize, four in tree collapse, one in drowning and one in wall collapse.
Six of the deceased were identified as Syed Shah Alam, 54, of Kalapara upazila, Rashed, 5, of Galachipa upazila in Patuakhali district, Mohammad Siddique, 72, of Chargfashion upazila Rafiqul Islam, 35, of Borhanuddin upazila in Bhola district, Shahjahan Molla, 55, of Mathbaria upazila in Pirojpur district and Salauddin, 16, of Sandwip of Chattogram district.
Several hundred houses and fish enclosures in Koyra upazila were washed away by tidal surge triggered by Amphan.
Sardar Nurul Islam, Chairman of Uttar Bedkashi union, and Shamsur Rahman, chairman of Dakkhin Bedkashi union of the upazila, said vast tracks of land have been flooded following the collapse of a river embankment at 11 points under the two unions.
Several hundred trees were uprooted and huge croplands were damaged in the upazila.
Power connection of the upazila remained suspended since Wednesday evening.
A number of houses and establishments were damaged as storm swept over the district on Wednesday night.
The low-lying areas of the district were also inundated due to incessant rains while a number of trees were uprooted during the storm.
Traffic movement on Banpara-Hatikumrul highway and other roads of the district remained suspended, causing immense sufferings to people.
In Bhola, some 30 houses were damaged in Char Kukri Mukri union of Charfashion upazila of the district while a number of fish enclosures were washed away  during the storm.
Bhola Deputy Commissioner Masud Alam Siddique said the embankment of Water Development Board at Hakim Uddin in Borhanuddin upazila collapsed.
Besides, the areas of Char Patila and Chal Char have been gone under water of 4/5 feet water due to tidal surge.
Meanwhile, two deaths were reported from Borhanuddin and Charfashion upazilas of the district.
Local administration have provided Tk 20,000 to the family of the eache deceased.
Bangladesh had moved hundreds of thousands of people as the super cyclone approached to minimise the loss of lives. But the outbreak of highly contagious coronavirus has made evacuation and keeping people at the shelters more complex.
According to the latest Met office bulletin, maritime ports of Mongla, Payra, Chattogram, Cox’s Bazar have been advised to lower local cautionary signal number to three as cyclone Amphan has weakened into a land depression.
Cyclone Amphan, over Jhenaidah district and adjoining areas, moved northwards and now lies over Rajshahi-Pabna region and adjoining areas at 06 am on Thursday as a land deep depression, the Met office bulletin added.
It is likely to move in a north-northeasterly direction further and weaken gradually by giving precipitation.
Under its influence, steep pressure gradient persists over North Bay and; adjoining coastal areas of Bangladesh and sea will remain rough.