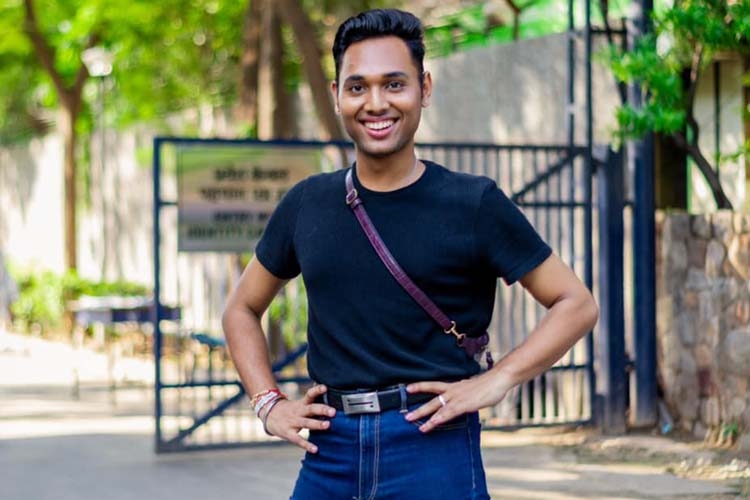 "I used to go to a friend's place for tuitions when I was in school. Every time I entered his house, his mother would say, 'Anwesh accidentally became a boy when he should've been a girl!', followed by laughter. It was so hurtful- her words made me feel like an incomplete individual; neither a man nor a woman.
In school, kids made fun of my effeminate nature and ran away. I even tried faking an interest in sports like other guys, when my actual interest lay in the Arts. The only refuge I found was in books; they didn't look down upon me or judge me.
As I grew up, I became more inquisitive- I wanted to know what I could be as an individual who was free from the narrow societal vision of gender. I came across my sister's friend who had come out as gay, and it gave me an idea of the freedom that I was vying for.
I liked hanging out with my girlfriends more than my guy friends. I wanted to have my ears pierced, I liked makeup and I was into sketching, music, and dance. I watched shows to know more about gender and sexuality, and read about queerness online.
The more I grew a sense of self-respect, the less other people's opinion mattered. I stopped cribbing and venting unnecessarily. At 18, I came out openly without fear; knowing that I'm more than my sexuality.
My parents were dead against it- mom cried for months. My peers were vicious- in college, a group rep refused to give me his contact because he thought I'd 'take advantage'. The other boys boycotted me too and warned others to stay away. I was shunned by homophobes, and had only my sister.
It's been 6 years since and I'm loving this new life. I'm even dating a pretty great guy right now! But when I look around, homophobia is still the norm, and simply 'loving', is criminal. No one should have to win pageants or awards to be accepted. They should be able to take pride in who they are- because closets are for clothes and shoes, not for me and you."
Human of Bombay, Fb