TV industry at loggerheads over whether to resume shooting 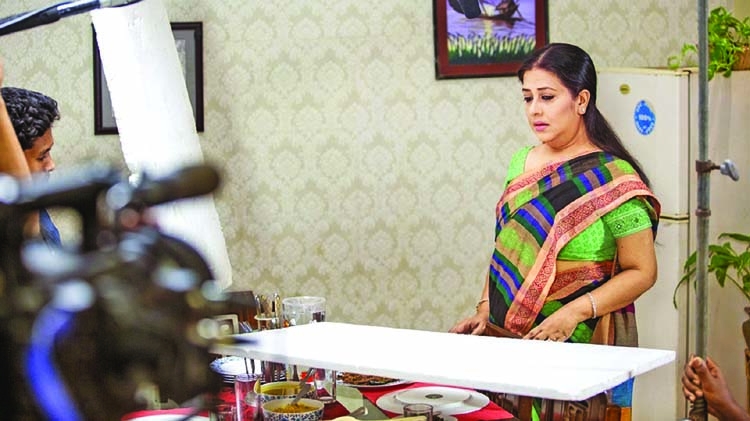 Television drama shoots had been out on hold since March 22 due to coronavirus pandemic. In the meantime, PahelaBaishakh passed by and now, Eid-ul-Fitr is getting closer. Usually, during the Eid season, production houses remain busy shooting dramas but now, it has all come to a standstill.
According to association leaders, the industry has been facing a loss of around Tk500 crore due to the situation. However, a committee comprised of representatives from 12 organizations including Television Program Producers' Association of Bangladesh, Director Guild, ObhinoyShilpiShangha, and NattyokarShangha, decided to resume the shooting of dramas from May 17 to compensate for the loss to some extent.
Those who are interested can start shooting upon meeting the government's health directives. The associations' leaders also said that they will not be liable for any occurrences; the shooting units have to take all responsibilities if any unwanted situation arises.
On the night of May 17, however, the associations went back on their decision after criticism from various quarters. A notice issued that night however left room for some productions to continue.
Meanwhile, even before the approval, on May 10, director AdibasiMizan took the initiative of shooting a seven-episode drama in a shooting spot in Pubail. Actor ZahidHasan went to the spot for the shooting but the associations intervened in the matter and the shooting was packed up.  The decision to shoot was criticized by leaders and artists of the industry.
The committees held a meeting to discuss Jahid's actions but were unable to decide on any action. Meanwhile, an OVC released on social media featuring the President of ObhinoyShilpiShanga - ShahiduzzamanSelim and directed by ShakhawatManik was filmed while the restriction was in effect.
Criticism was also raised over how the president of ObhinoyShilpiShangha could take part in the shooting in such circumstances. Many people in the industry feel the permission to allow drama shoots from May 17 was designed to protect actors Zahid and Selim from disciplinary action.
However, refuting the allegation, SalauddinLavlu, president of Directors' Guild, said, "We came to know that shooting of few Eid dramas were incomplete. Production costs of these incomplete dramas is Tk2 crore and we will not be able to air these dramas during Eid holidays unless we can finish filming. Considering this, leaders of all the associations have taken this decision but, keeping the health risks in mind, we request everyone to not shoot the dramas amid the situation."
Meanwhile, conflicts have emerged among the association leaders regarding this decision. IreshZaker, president of Television Program Producers' Association of Bangladesh, and SajuMuntasir, general secretary of the association, decided to resign from their posts claiming that they had failed to perform their duties. After they submitted their resignation letters on May 18, the leaders of the organizations sat again to discuss the issue and convinced Iresh and Saju not to resign.