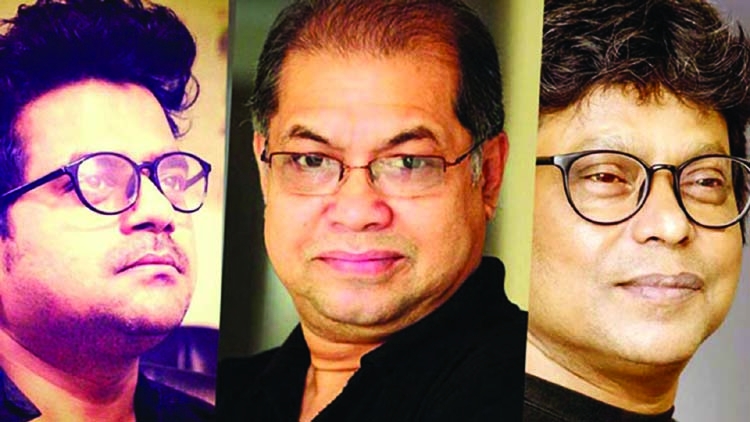 It has been nearly one year since the late musician Subir Nandi passed away. But before his death the artiste gave voice to a full album. Subir Nandi has sung a total of 9 songs in that album to the tune of Tanvir Tareq.
The first song from that unreleased album was released on the occasion of Eid. The title of the song is 'Durer Manush'. This sad romantic song is written by Kabir Bakul. Tanvir Tareq was arranged the melody and music.
Regarding the song, music director TanvirTareq said, "I have countless memories of Subir Da. All of my sweetest memories with him are of the time he made this album. While mixing and mastering the song, my eyes got wet again and again.
What a golden voice we have lost. I am composing the song 'Durer Manush' with a wonderful lyric by Kabir Bakul in front of Subir Da. The song was tuned in one sitting. We would sit for this album for about a few months in a row.
Every time he gave a voice take, he would repeatedly ask how it should be. I would say in amazement, 'Dada, you can improvise it.' Dada used to laugh and say, 'Tanvir, I wanted to sing to your tune to bring variety to my songs.
I don't want any similarity with any of my previous songs.' I am very fortunate that Subir Da used to praise my composition in front of everyone.'
Kabir Bakul said, "Tanvir has done a wonderful song. And what more can I say about Subir Da! I don't remember when I wrote this song and gave it to Tanvir Tareq.
I would not have known that the song would have created such a heartache hearing it in the voice of respected artiste Subir Nandi, if the song had not been released like this today. I miss my favorite artiste very much."
The song has been released on the occasion of Eid on Tanvir Tareq's official YouTube channel.