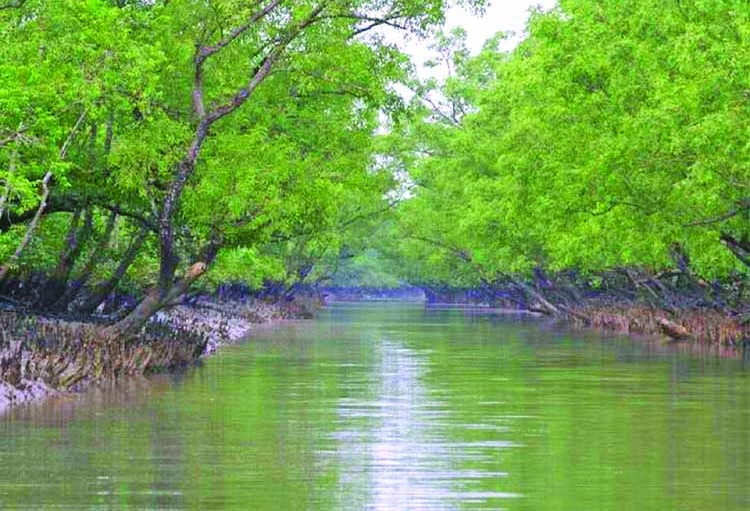 Sundarbans once again appeared as savior by resisting the severe cyclonic storm 'Amphan' as it lashed coastal areas on Wednesday evening and continued its destruction till early hours of Thursday before becoming a land deep depression.
Super cyclone Amphan hit southwestern Bangladesh coastlines bordering India coast last evening with pounding winds and torrential rains, inflating sea waters causing as high as 12 feet tidal surges.
Meteorologists said the "extremely severe cyclonic storm" was packing maximum sustained winds around 160-170 km/h (100-120 mph) and gusts to 190 km/h (120 mph) as it roared ashore with Khulna, Mongla, Satkhira and the Sundarbans absorbing its main brut in Bangladesh part .
Experts said that the trail of devastation the Amphan left would have been much higher, had the Sundarbans not been there.
The Sundarbans has shielded coastal belt upazilas from the ferocity of the cyclone which weakened to a land depression from extremely severe after crossing the largest mangrove forest in the world. "Sundarbans prevented huge damage from the cyclonic storm Amphan.
The Sundarbans has saved us," Khulna Divisional Forest Officer Md. Belayet Hossain said on Thursday. He said the Sundarbans has been saving us repeatedly from the adverse impact of the natural disasters like the cyclone 'Amphan'.
"The Sundarbans with its thick mangrove forest acts like a shield. The mangroves do not just help reduce the wind speed drastically when the storm moves through the delta but even help break the waves and the storm surge triggered," he added.
The storm, however, has claimed several lives in different coastal districts as it uprooted trees, caused the collapse of houses and prevented people from taking the ailing ones to hospitals from cyclone shelters.
Some died in two similar storms in 2007 and 2009 but hundreds of thousands others survived as the Sundarbans stood as a shield between the habitants of the coastal districts and fierce winds.