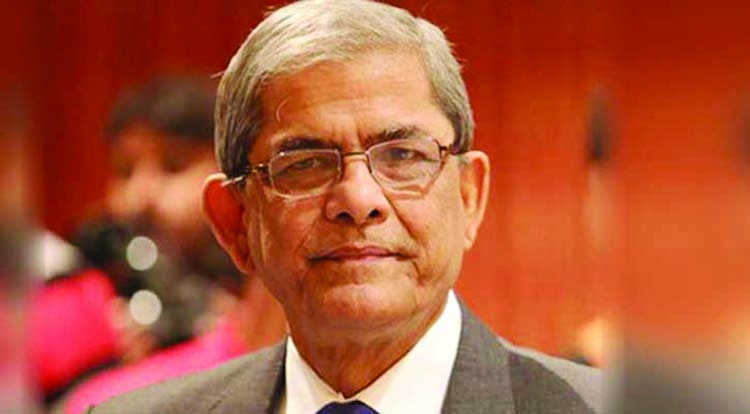 Expressing deep worry over the loss of lives and property caused by cyclone Amphan, BNP secretary general Mirza Fakhrul Islam Alamgir on Thursday called upon their party leaders and activists and the rich to stand by the disaster-hit people. In a statement, he urged the government to take immediate steps for rehabilitating those lost their houses and providing the affected people with financial assistance alongside ensuring the treatment of those got injured.
Fakhrul said many houses, roads, trees and cattle were damaged by Amphan in costal districts.
He said many areas got inundated and a large number of shrimp enclosures were washed away as the flood-protection embankments breached at different points in Satkhira and some other districts. Besides, the BNP leader said, various crops and fruits were also destroyed during the fury of the storm.
"Amphan has put the lives of people and their assets at stake. Many people were injured while some others died. Several thousand people have become homeless. I extend my sympathy to the people of the areas that have been severely affected by a natural disaster like Amphan," Fakhrul said.
He said the cyclone brought a dangerous catastrophe for the people of the country who are already hit hard by coronavirus pandemic. "But I firmly believe the brave people of the coastal areas will overcome their grief and losses, and win the struggle for life with fortitude as they did in the past."