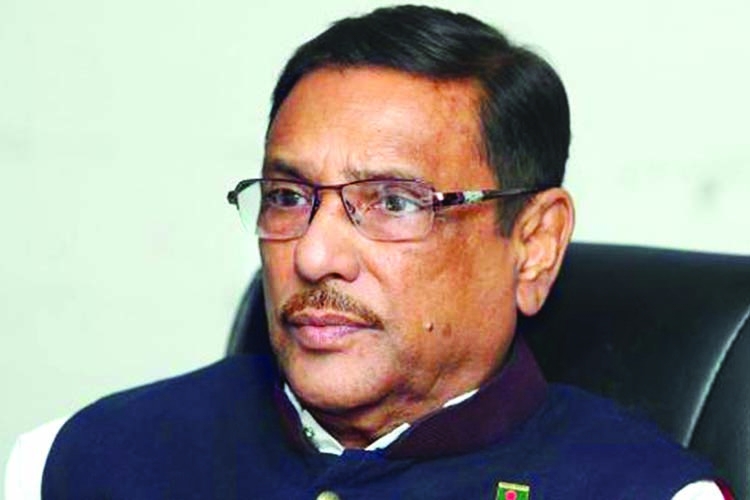 Awami League General Secretary Obaidul Quader on Thursday said the government has once again set a rare example in disaster management by facing the cyclone 'Amphan' properly.
"The AL government, led by Prime Minister Sheikh Hasina, has set a rare example again in disaster management. It has minimised the damages and casualties (by cyclone Amphan)," he told a virtual press briefing on contemporary affairs from his official residence here.
Quader, also road transport and bridges minister, said the government took all necessary preparations in tackling the super cyclone. He said before the Amphan hit the country's coastal belt, local administrations, voluntary organisations and the AL activists brought about 24 lakh vulnerable people to cyclone shelter centres under the direct supervision of Prime Minister Sheikh Hasina.
The AL general secretary said the prime minister has already directed the authorities concerned to provide assistance for the cyclone victims and repair the damaged polders in the coastal districts. The super cyclone 'Amphan' damaged houses, crops and polders in Satkhira, Bagerhat, Patuakhali, Jashore districts and Hatiya of Noakhali and even caused casualties in some areas, he said.
Quader expressed gratitude to the almighty Allah as the country witnessed lesser loss and damage in Amphan than predicted.
By the grace of Allah, he said, the doa of devotees in holy Lailatul Qudr and the government's preparedness contributed in minimising the loss and damage in the cyclone.
"The Sundarbans also works as a protection wall to this end," he added.
The road transport and bridges minister said the government and the Awami League would remain beside the affected people in addressing the disaster aftermaths, their rehabilitation and repairing the damaged polders.
"You should remember that you are not alone. The kind and skilled leadership of Prime Minister Sheikh Hasina will always remain beside you," he added.
Noting that the coastal people are dealing with natural disasters apart from coronavirus, Quader urged the AL leaders and workers to stand by them to help overcome the two challenges. The cases of coronavirus infections and its death tolls have increased in recent days due to negligence and unconsciousness of the people, he said.
"Those who are not maintaining social distancing and following health guidelines are knowingly welcoming the virus infections and deaths," Obaidul Quader added.