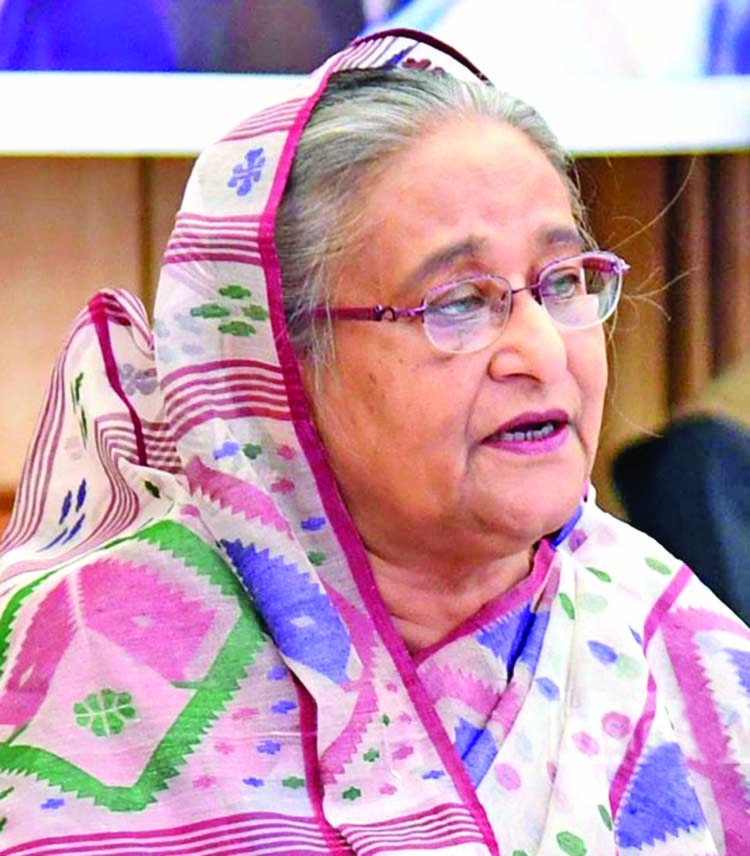 The United States has praised Prime Minister Sheikh Hasina’s leadership and described Bangladesh as a “dynamic entrepreneurial society” whose social indicators have been a real success story.

The US mentioned Prime Minister Hasina’s leadership in lifting women up in particular saying it has been so noteworthy.

“The last three years has also seen significant growth in the US-Bangladesh relationship,” said US acting Assistant Secretary for South and Central Asia, Alice G. Wells in a special briefing.

Wells said Bangladesh has rightly been commended for the generous response of its government and people to the Rohingya crisis and their cooperation with international humanitarian partners.

She said the United States is the single largest contributor of assistance to the Rohingya crisis, but Bangladesh is much more than just a host nation for Rohingyas; it is a country that has achieved impressive economic growth over the last decade, accompanied by strides in human development.

“It plays an important role in the Indian Ocean region, and our security cooperation has grown closer,” Wells said encouraging Bangladesh to renew its commitments to democratic institutions and governing structures, which the US thinks will help further growth in bilateral relationship that is based on shared values.

She said the United States will be a “reliable partner” in helping countries of the region on the path to economy recovery they we emerge from the COVID-19 pandemic.

“We have provided over $96 million in COVID-related assistance to the region, but this is really on top of what has been $6 billion in public health investments over the last two decades,” said the senior US official.

Wells said they see the “devastating impact” of the disease with the cutting off of supply lines.

She mentioned that it is unfortunate but temporary; and noted the loss of markets as a result of disruptions in the ready-made garments sector.

“Now, already we’re seeking to address that.  We’re trying to match-make between Bangladeshi manufacturers and consumers in America for critical medical supplies, as the Bangladeshi factories are retooling and seeking new markets,” she said.

Wells said they will continue to look for all opportunities to be able to increase the trade and investment relationship between the two countries.

She mentioned that America remains or has been the largest export market for Bangladesh.  “We’re very important to Bangladesh’s economic health.”

The US official thinks at a time of some de-risking from China, from diverse – at a time of diversification of global supply chains, this very, very painful time can also be a moment of opportunity for Bangladesh.

Wells said they are all living in challenging times as a result of COVID, but her three years in this position certainly leaves her confident about the strength of the U. partnerships in the region and their ability to confront diplomatic, economic, and security challenges together.

She said the bureau will now be very capably led by senior bureau official, Tom Vajda. “But more importantly, I think, the region figures so prominently in the National Security Strategy of the United States.”

Wells said America – all of America, the government and the people together have provided more than $6.5 billion in assistance and donations, and that is about 60 percent of the global effort.

She said it reflects, again, a historic commitment of America to the region.

Since COVID has broken out in the South and Central Asia region it is about $98 million in COVID-specific, whether it’s technical assistance or PPE or other kinds of material support for governments as they seek to address the crisis.

“And as America also comes out of the pandemic, we’re going to be even better prepared to provide more assistance to our partners,” Wells said.

She said they are very proud of the fact that it is not just the American Government, but it is also American people, it is faith-based organizations, it is private sector corporations – Boeing, Pepsi, Coca-Cola, a good corporate social responsibility that is taking place.

Wells underscored that America will stand with the world in responding to all of the effects of this crisis, both health and economic, working bilaterally, through the G20 and G7, through the OECD, through the multilateral lending institutions.