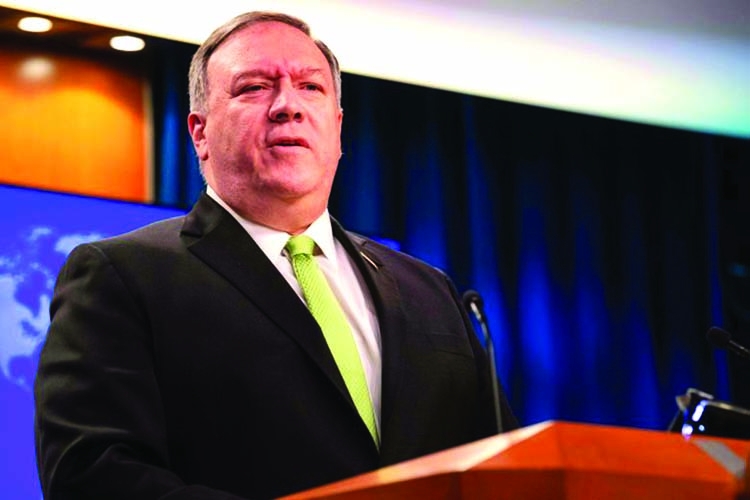 US Secretary of State Mike Pompeo on Friday rebuked China for its proposed national security legislation on Hong Kong, calling it arbitrary and disastrous and saying it could have an impact on the favorable US treatment of the territory.
"The United States condemns the... proposal to unilaterally and arbitrarily impose national security legislation on Hong Kong," Pompeo said in a statement.
"The United States strongly urges Beijing to reconsider its disastrous proposal, abide by its international obligations, and respect Hong Kong's high degree of autonomy, democratic institutions, and civil liberties, which are key to preserving its special status under US law."
The statement from the top US diplomat went further than the State Department's warning on Thursday to China and showed how rapidly the world has reacted to news that Beijing is set to impose new national security legislation on Hong Kong, despite last year's pro-democracy protests in the territory.
The Hong Kong Human Rights and Democracy Act approved by US President Donald Trump last year requires the State Department to certify at least annually that Hong Kong retains enough autonomy to justify favorable US trading terms that have helped it maintain its position as a world financial centre. "Any decision impinging on Hong Kong's autonomy and freedoms as guaranteed under the Sino-British Joint Declaration and the Basic Law would inevitably impact our assessment of One Country, Two Systems and the status of the territory," Mr Pompeo said.
--- Reuters, Washington