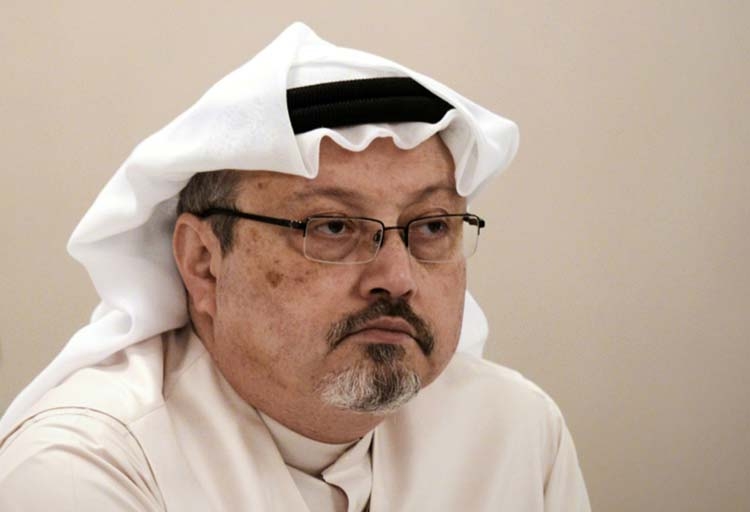 Saudi journalist Jamal Khashoggi - a royal family insider turned critic - was killed and dismembered at the kingdom's consulate in Istanbul in October 2018. -AFP
The sons of murdered Saudi journalist Jamal Khashoggi said Friday they "forgive" the killers of their father, move analysts said effectively grants clemency to five convicts on death row.
Khashoggi a royal family insider turned critic was killed and dismembered at the kingdom's consulate in Istanbul in October 2018, in a case that tarnished the reputation of de facto ruler Crown Prince Mohammed bin Salman. His family's pardon is expected to spare the lives of five unnamed people sentenced to death over the murder in a December court ruling, which was lambasted by human rights groups after two top aides to the crown prince were exonerated.
"On this holy night of this blessed month (of Ramadan)  we the sons of martyr Jamal Khashoggi announce we forgive and pardon those who killed our father," the Washington Post columnist's son Salah Khashoggi said on Twitter. Saudi authorities did not immediately comment on the legal ramifications of the announcement from Salah, who resides in the kingdom and has denied reports of a financial settlement with the government.
"What this essentially means is that the killers will avoid capital punishment" as the family reserved the right to forgive them under Islamic sharia law, Ali Shihabi, a Saudi author and analyst close to the government said on Twitter. "Other legal procedures by the state continue." Analyst Nabeel Nowairah too said the family's declaration during the Muslim fasting month of Ramadan effectively means the "murderers will not be executed".
The announcement drew anger from Khashoggi's fiancee Hatice Cengiz, who said "no one" had the right to pardon his murderers. "His ambush and heinous murder does not have a statute of limitations," Cengiz said on Twitter. "We will not pardon the killers nor those who ordered the killing."
Khashoggi, a 59-year-old critic of the crown prince, was strangled and his body cut into pieces by a 15-man Saudi squad inside the consulate, according to Turkish officials. His remains have not been found. Riyadh has described the murder as a "rogue" operation, but both the CIA and a United Nations special envoy have directly linked Prince Mohammed to the killing, a charge the kingdom vehemently denies. Salah has previously said he has "full confidence" in the judicial system, and criticized opponents he said were seeking to exploit the case.
Citing sharia law, Shihabi said Khashoggi's family reserved the right to "demand financial compensation from the murderers". The Washington Post reported last year that Khashoggi's children, including Salah, had received multi-million-dollar homes and were being paid thousands of dollars per month by authorities. Salah rejected the report, denying discussing a financial settlement with Saudi Arabia's authoritarian rulers.

"It is sad to see Khashoggi's sons have to endure further humiliation at the hands of the Saudi establishment with their so-called forgiveness of their father's killers," Bessma Momani, a professor at Canada's University of Waterloo, told AFP.
"To suggest that this act of forgiveness was voluntary is to ignore the tremendous political and social pressure likely being exerted on the sons from the same centre of political power that was behind their father's killing."
The UN special rapporteur on extrajudicial, summary or arbitrary executions, Agnes Callamard, slammed the move in a statement as "the final act in (Saudi Arabia's) well-rehearsed parody of justice in front of an international community far too ready to be deceived."
Out of 11 individuals indicted in the case most of whom remain unnamed five were sentenced to death, three face jail terms totalling 24 years and the others were acquitted, according to the public prosecutor.
The December verdict, condemned by human rights groups as a travesty of justice, underscored Saudi efforts to draw a line under the crisis as it seeks to reboot its international image ahead of this year's G20 summit in Riyadh.
Saudi prosecutors had said deputy intelligence chief Ahmed al-Assiri oversaw Khashoggi's killing and the US Treasury had claimed the royal court's media czar Saud al-Qahtani was "part of the planning and execution" of the operation that led to the murder.
Qahtani was investigated but not indicted "due to insufficient evidence" and Assiri was charged, but eventually acquitted on the same grounds, according to the public prosecutor.
Both aides were part of Prince Mohammed's tight-knit inner circle and were formally sacked over the killing, but only Assiri appeared in the court hearings, according to Western sources.