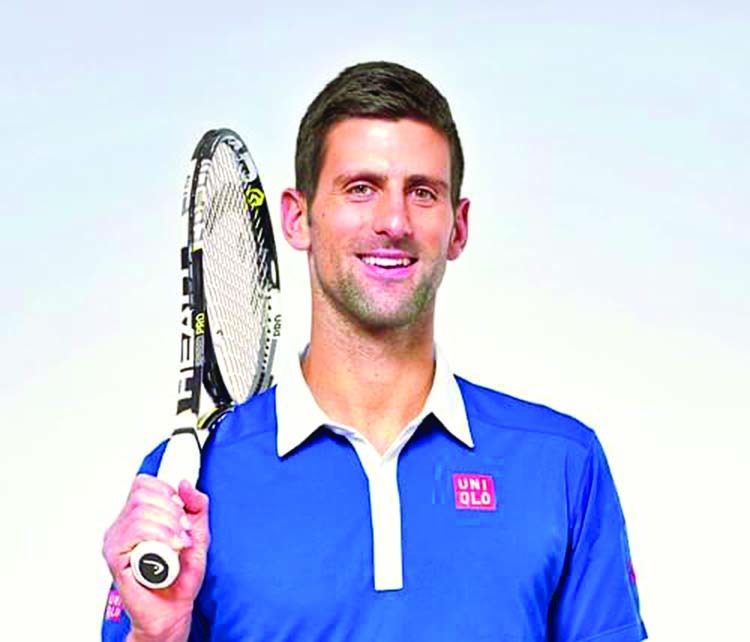 Novak Djokovic
Novak Djokovic will gather some of the world's best players for a tennis tournament in the Balkans next month, with the professional season on a coronavirus-enforced hiatus.
In a statement, a spokesman for world number one Djokovic said that the Adria Tour will be held between June 13-July 5 in Serbia, Croatia, Montenegro and Bosnia.
Along with Djokovic, who was celebrating his 33rd birthday on Friday, world number three Dominic Thiem and Bulgarian Grigor Dimitrov, ranked 19, will also participate in the tournament, the statement said.
The ATP and WTA Tours have been suspended since March and will not resume until at least the end of July, while Roland Garros was postponed to September and Wimbledon was cancelled for the first time since the Second World War.
The money gathered from the Adria Tour, which starts in Belgrade on June 13-14, will be used for various regional humanitarian projects, the statement added. It is unknown if the tournament will be open to spectators or will be only broadcast on television.
Balkan countries coped with the COVID-19 pandemic with relative success, with fewer than 20,000 people infected and around 650 deaths in a region of some 22 million people.
--- AFP, Belgrade