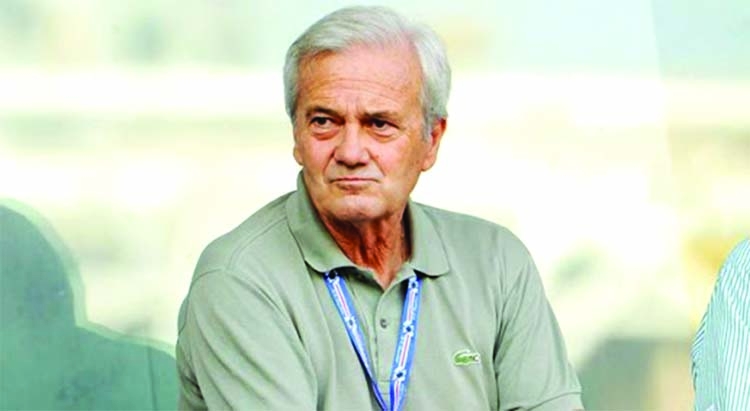 Former Inter Milan coach Gigi Simoni
Former Inter Milan coach Gigi Simoni, winner of the UEFA Cup with a side which included the Brazilian Ronaldo, has died at the age of 81, the club said on Friday.
In all, Simoni coached a dozen sides in Italy, some of them more than once, plus Bulgarian side CSKA Sofia in a coaching career that spanned more than 30 years. He joined Inter before the start of the 1997-98 season at the same time they signed Ronaldo from Barcelona and led them to second place in Serie A behind Juventus and to the UEFA Cup final, where they beat Lazio 3-0. "I learned more from Ronaldo than he did from me that season," said Simoni, who had been ill since suffering a stroke last June.
However, he was sacked by Inter the following November after a poor run of results, on the same day that he was awarded the Panchina d'Oro award for the coach of the year. "His way of living, both in life and football, was never over the top. His football reflected that: it was humble, functional and capable of making the most of what he had on offer," said Inter in a statement.
"This is how we remember him: with his white hair, in our dugout, while he enjoyed the magic of Ronaldo with a smile on his face, enveloped by the fans' affection." A midfielder in his playing days, he had three stints at Genoa, two at Napoli and Pisa also coached Lazio, among others.
--- Reuters