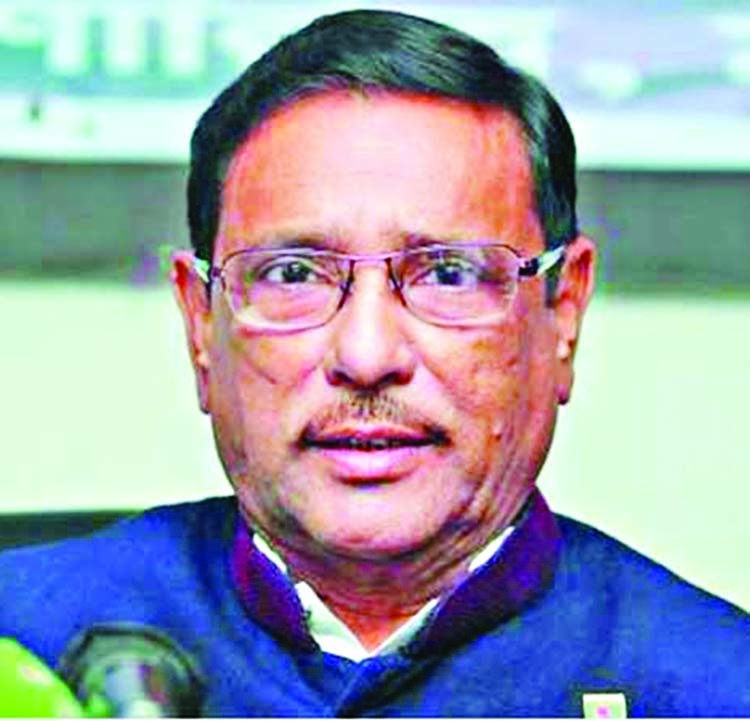 Awami League General Secretary Obaidul Quader has said the post-Amphan rehabilitation activities have been started under the supervision of Prime Minister Sheikh Hasina.
He was addressing a video-conference from his official residence before distributing Eid gift items among the helpless poor people at the initiative of Swechchhasebok League and Chhatra League on Madhu's Canteen of Dhaka University in the city on Friday.
Quader, also the road transport and bridges minister, said, "We are now facing two challenges… Prevention and treatment of the novel coronavirus and assistance and rehabilitation of cyclone Amphan-hit victims. Rehabilitation activities have been started already under the supervision of the premier."
The armed forces, police administration and other voluntary organizations are carrying out rehabilitation activities including rescue operations, he said, adding that especially the Army, Navy and Air Force have been conducting rescue and rehabilitation activities and providing medical assistance to the people and also repairing embankments in the affected areas.