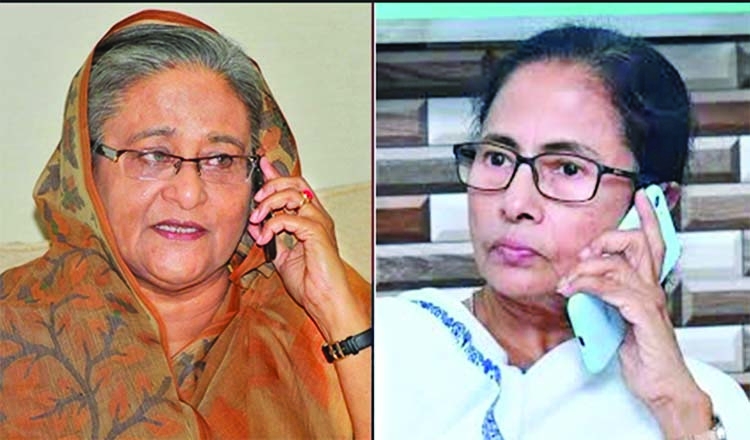 Prime Minister Sheikh Hasina on Friday called West Bengal Chief Minister Mamata Banerjee and enquired about the damages caused by Cyclone Amphan. "The prime minister phoned the West Bengal chief minister around 11:10am and enquired about the damages due to the cyclone in the state," PM's Press Secretary Ihsanul Karim said.
He said the PM expressed sympathy to Mamata over the loss of life and property caused by the cyclone and hoped they would overcome the loss very soon.
The West Bengal chief minister thanked the Bangladesh PM for expressing sympathy. Amphan made landfall in India and Bangladesh on Wednesday evening, causing huge damage to West Bengal and coastlines of Bangladesh.
Several thousand people have been left homeless after the most powerful cyclone in more than a decade hit India and Bangladesh this week, officials said, as Indian Prime Minister Narendra Modi visited the area on Friday and pledged aid.
Cyclone Amphan killed at least 96 people, officials said after it swept in from the Bay of Bengal on Wednesday. Eighty fatalities were in the eastern Indian state of West Bengal and 16 were in neighboring Bangladesh, after winds of up to 185 km per hour (115 mph) caused flooding, blew away roofs, uprooted trees and ripped up power lines.
--- BSS, Dhaka