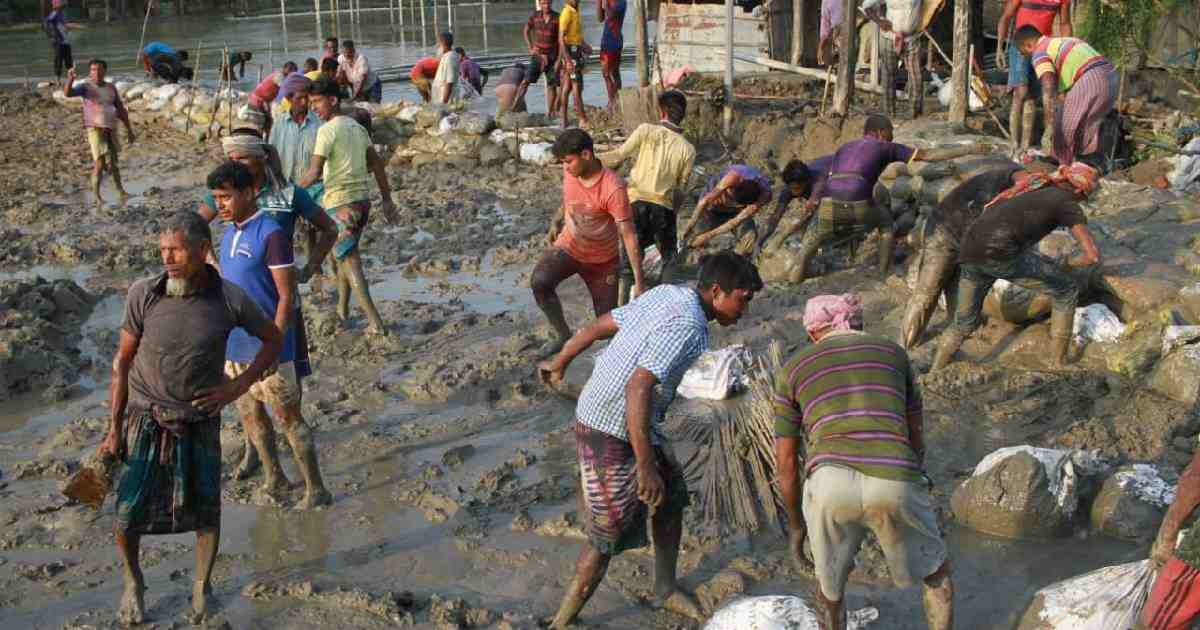 Cycone Amphan, which made landfall in the coastal districts on Wednesday, has caused an estimated loss of Tk 400 crore in Bagerhat alone.
Md Mamunur Rashid, the deputy commissioner, said the administration prepared a list of damage to agriculture, fisheries, houses, roads, electricity, livestock, embankments, bridges and culverts on Friday.
Fishes from many enclosures and ponds in Rampal, Mongla, Bagerhat Sadar, Sharankhola and Kachua areas were washed away by tidal waves.
Humanitarian assistance is being provided to the victims, he added.
Already Tk 15 lakh cash for construction and repair of damaged houses, 500 bundle tin, 300 metric tonnes rice, and cash money have been allotted for victim.
According to the Bagerhat district administration, 4,349 houses were partially damaged and 374 houses were completely damaged. Besides, 75 unions and three municipalities of the district have been affected. The total number of affected people is 5,331.
Although the list of losses has been prepared initially, the work of verifying the complete list is underway, said the DC.