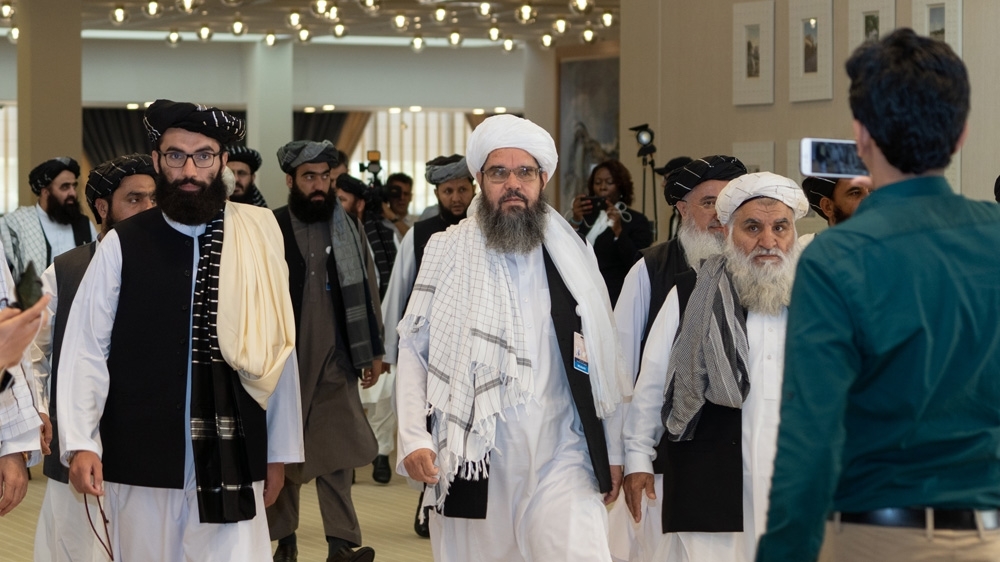 The Taliban have announced a ceasefire with the Afghan government that will take effect when the Muslim festival of Eid al-Fitr begins on Sunday.
It follows a rise in attacks by the hardline Islamist group against government troops in recent weeks.
President Ashraf Ghani welcomed the announcement, and said his soldiers would respect the terms of the truce.
The three-day ceasefire is likely to raise hopes of a longer-term reduction in violence in the country.
But a similar ceasefire was announced for same festival in 2018 and was not extended.
"Do not carry out any offensive operations against the enemy anywhere. If any action is taken against you by the enemy, defend yourself," Taliban spokesman Zabihullah Mujahid said on Saturday.
He added that the ceasefire had been declared solely for Eid al-Fitr, which marks the end of the holy month of Ramadan.
"I welcome the ceasefire announcement," Mr Ghani wrote on Twitter shortly after. "I have instructed [the military] to comply with the three-day truce and to defend only if attacked."