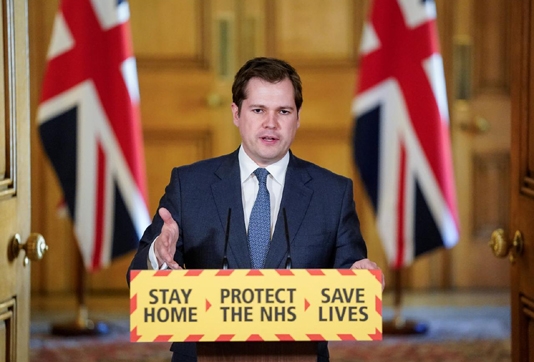 The British government is ready to support coronavirus-ravaged companies whose collapse would harm the economy, the Treasury said Tuesday, stressing any funds would be given on a “last resort” basis.
The business support plan — dubbed Project Birch — would only apply once a company had exhausted other sources of funding such as existing investors and banks.
“In exceptional circumstances, where a viable company has exhausted all options and its failure would disproportionately harm the economy, we may consider support on a ‘last resort’ basis,” a Treasury spokesman said in a statement that gave no financial details.
“As the British public would expect, we are putting in place sensible contingency planning and any such support would be on terms that protect the taxpayer.”
Transport Secretary Grant Shapps had already signalled last week that the Treasury was working on possible support for the aviation sector under the Birch process.
British media reported over the weekend that Indian-owned UK-based car manufacturer Jaguar Land Rover was in talks over a o1.0-billion ($1.2 billion, 1.1 billion euros) loan from the government.
British airline Virgin Atlantic is also reportedly in talks over potential assistance.
The Treasury meanwhile sounded a cautious note over the scheme.
“We have put in place unprecedented levels of support to help businesses get through this crisis,” the spokesman added on Tuesday.
“Beyond that many firms are getting support from established market mechanisms, such as existing shareholders, bank lending and commercial finance.”
Project Birch is the latest in a series of multi-billion-pound packages to help those affected by the economic fallout from the deadly disease in Britain.
In April, the UK government had launched state-backed micro-loans of up to o50,000 for small businesses.
Britain imposed a lockdown on March 23 to halt the spread of the virus, and launched a costly “furlough” jobs retention scheme under which the government is paying the bulk of wages until October.