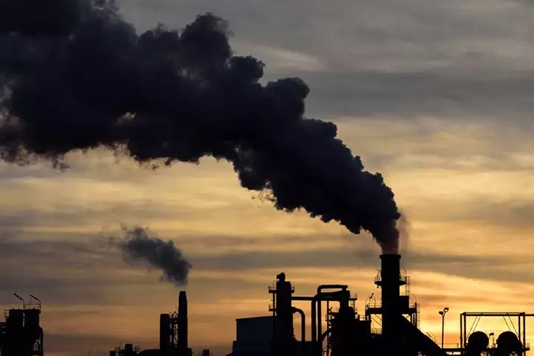 Rich nations have used banks and development programmes to funnel at least $77 billion in each of the last three years to oil and gas projects despite their commitment under the 2015 Paris accord to slash greenhouse gas emissions, new analysis showed Wednesday.
Despite committing to limit global temperature rises to “well below” two degrees Celsius (3.6 Farenheit) under the Paris deal, G20 countries are still providing three times as much money each year to fossil fuel projects as they are to clean energy, a report by the watchdog Oil Change International showed.
They finance existing and new energy projects through credit export agencies, which provide government-backed loans and guarantees to corporations, and through international development programmes.
This makes the money trail harder to track than taxpayer subsidies — which separately amount to around $80 billion per year.
Authors of the research, which was endorsed by more than 30 environmental groups, said it was crucial that governments end the practice of propping up oil and gas in their post-COVID-19 economic stimuli.
“G20 countries continue to subsidise the fossil fuel industry even as it makes bad business decisions that hurt people and the planet,” said Kate DeAngelis, senior international policy analyst at Friends of the Earth US.
“Our planet is hurtling towards climate catastrophe and these countries are pouring gasoline on to the fire to the tune of billions.”
The analysis showed that China, Japan, Canada and South Korea were the worst offenders, using credit agencies and development banks to funnel more than $50 billion to fossil fuels each year.
In order to meet the more ambitious goal of the Paris deal — a 1.5C temperature rise cap — the United Nations says emissions from energy must fall 7.6 percent each year through 2030.
A study last week in Nature Climate Change said the coronavirus pandemic was likely to see emissions fall 7 percent in 2020 — the largest annual drop since World War II.
The authors of that study warned however that the drop in emissions was likely to be temporary, absent “structural changes in the economic, transport or energy systems”.
Using data from the Intergovernmental Panel on Climate Change and the Rystad Energy database, Oil Change calculated that the emissions potential from existing energy projects would vastly surpass the carbon “budget” for 1.5C.
– ‘Terminal decline’ –
As governments ready economic recovery plans, members of the oil and gas industry have called for handouts to help power their comeback.
“You can tell governments feel pressure to not do bailouts in a really obvious way and so we are seeing a lot of support for the fossil fuel industry in much sneakier ways,” Bronwen Tucker, research analyst at Oil Change International and lead report author, told AFP.
“It’s much harder to raise the alarm to the public which is extremely concerned about this issue, especially during a pandemic.”
Tucker said larger energy majors were taking advantage of the economic crisis, buying up smaller oil and gas firms and consolidating their market share.
“Depending on the political winds there are lots of ways this could end up a less equal place,” she said.
“It’s an industry in systemic decline but that ride to the bottom is definitely not yet determined.”