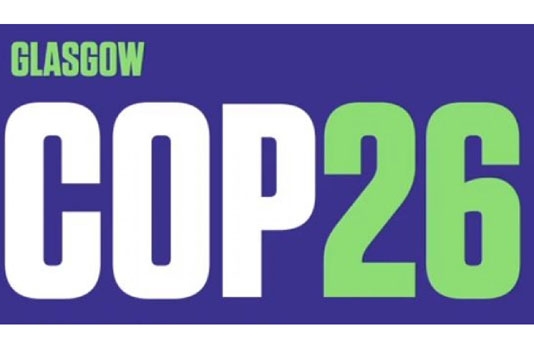 Critical UN climate negotiations at which nations were expected to ramp up plans to combat global warming have been pushed back a full year to November 2021, British politician Alok Sharma, president of the talks, announced on Twitter Thursday.
“Pleased to have agreed a new date for @COP26,” wrote Sharma, Britain’s Secretary of State for Business, Energy and Industrial Strategy.
“COP26 will now take place between 1 and 12 November 2021.”
Britain proposed the new dates for the Glasgow conference — which had already been suspended — in a letter to the UN climate forum, citing health concerns amid the coronavirus pandemic, and the need for more time to prepare the 30,000-strong meet.
The revised schedule was vetted and approved Thursday night.
Possible drawbacks of the delay were laid out in a briefing note, obtained by AFP, prepared ahead of the deliberations.
“A broadly shared concern relates to the potential loss of momentum in the UNFCCC process,” the note said, using the acronym for the UN climate body.
One 2020 deadline in the original schedule was the submission of revised — and hopefully more ambitious — “nationally determined contributions”, each country’s plan to cut greenhouse gas emissions.
Current national pledges submitted in annex to the 2015 Paris Agreement would allow the planet’s surface to warm at least three degrees Celsius above pre-industrial levels, far above the ceiling of “well below” 2C — and 1.5C if feasible — agreed to in the landmark treaty.
The UN’s climate science advisory panel, the IPCC, has made it clear that time is not on our side, especially if global warming is to be capped at the safer level of 1.5C.
CO2 pouring into the atmosphere must be halved by 2030, and reach “net zero” by mid-century, if that more ambitious goal is to be met, the IPCC concluded.
Economic fallout from the pandemic is projected to reduce global CO2 emissions this year by 4 to 7 percent, but will have scant impact on global warming’s long-term trajectory, according to a recent study in Nature Climate Change.
– Climate not on hold –
Most observers endorsed the postponement, but cautioned against inaction.
“Shifting the date of COP26 is understandable, but there can be no let-up in tackling the climate crisis,” said Andrew Steer, president and CEO of the World Resources Institute in Washington DC.
Trillion-dollar recovery packages across Europe, North America and East Asia offer a “once-in-a-generation moment to rebuild societies to be more sustainable, equitable, resilient and healthy,” he said in a statement.
Global warming continues to gather pace, other experts pointed out.
“The coronavirus pandemic has not placed the climate crisis on hold, as the continuing spate of extreme weather across the world makes clear,” said Alden Meyer, director of strategy and policy for the Union of Concerned Scientists in Washington DC.
Last week, south Asia’s first super cyclone in two decades ravaged eastern India, including Kolkata, while northern India was hit by searing heatwaves and locust swarms linked to climate change.
Scientists in the United States, meanwhile, warned of a more severe-than-usual Atlantic hurricane season.
Other important environmental conferences have also been pushed back.
The critical COP15 UN conference on biodiversity, originally slated for October this year, will almost certainly “not happen before May,” a source involved in its organisation told AFP.
A quadrennial meeting in Marseille of the International Union for the Conservation of Nature (IUCN), which manages the Red List of endangered species, was postponed from June to January 2021.