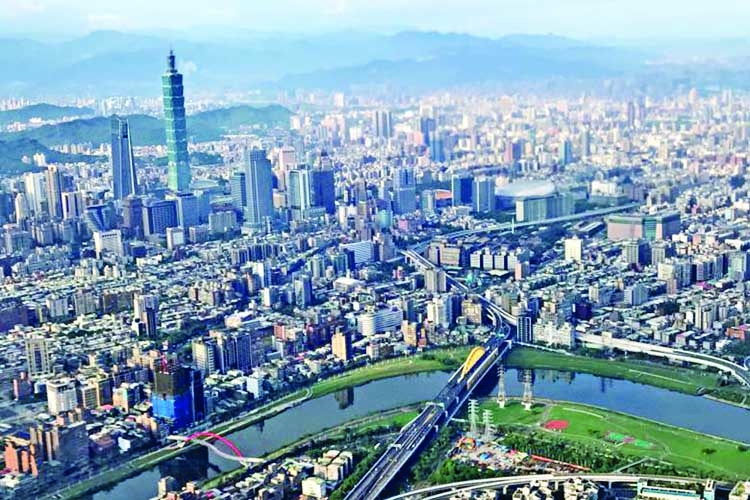 Taiwan became the latest place in Asia to strike down a ban on marital infidelity. -Reuters
Taiwan's constitutional court on Friday decriminalized adultery in a landmark judgment aimed at upholding personal rights and privacy, scrapping a law that activists said discriminated against women. The democratic island became the latest place in Asia to strike down a ban on marital infidelity following South Korea in 2015 and India in 2018.
The constitutional court struck down the adultery law that meant those who had sex with a married person, or with a person outside marriage, could face up to a year in jail.
"The adultery law offers limited help to maintaining marriage relationships... State power interfering in people's marriages actually has a negative impact on marriage," Lin Hui-Huang, secretary-general of the Justice Ministry, said as he read out the judgment. The adultery law was a violation of a person's sexual autonomy as well as a "serious invasion of privacy", he said.
Despite its reputation as a beacon of freedom and human rights in Asia, conservative groups have long argued that the law was essential to uphold the sanctity of marriage. But questions have been growing for some time about a law that rights activists have criticized as an outdated infringement, with more than 20 petitions brought to courts by people and judges demanding interpretation of it.

While jailings are rare for adultery in Taiwan, activists say women have been disproportionately targeted under the law as the threat of charges has often been used in matrimonial disputes to put pressure on women.
Right activists welcomed the ruling a "new milestone" for Taiwan's reforms following the landmark legalisation of same-sex marriage last year. The legalization was the first in Asia and came after President Tsai Ing-wen had campaigned on a promise of marriage equality in a 2016 presidential election. Adultery is still considered a crime in various places including some US states.