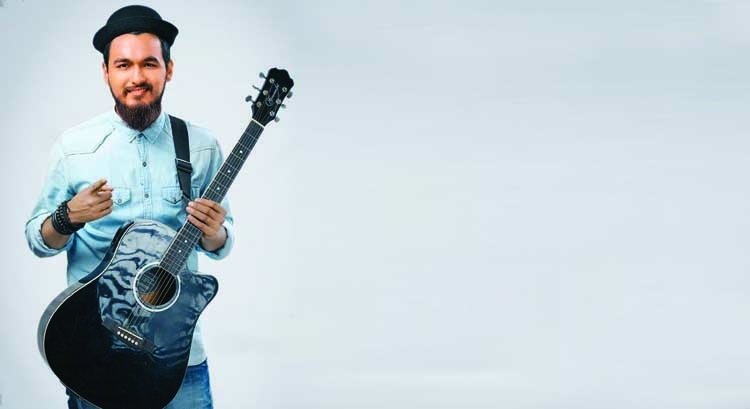 Mainul Ahsan Nobel, a reality show singer who became famous due to his stint in popular singing reality show 'Sa Re Ga Ma Pa' has become involved in another controversy.
Tripura Police of India has registered an FIR against Noble for allegedly making derogatory remarks against Indian Prime Minister NarendraModi on social media.
Suman Paul, an engineering student filed the complaint against Nobel at Belonia police station on May 25.In an interview to the media, Suman Paul said that he was appalled by Noble's derogatory remark against the Indian Prime Minister. He said that the singer who could not find any fame in his country tried to defame the very country that gave him fame and recognition. He wants the singer to be punished for his remarks.
A copy of the case had been sent to India's Union Home Ministry, the Indian Embassy in Dhaka and the district police superintendent. Noble will be arrested as soon as he enters India on the basis of that lawsuit.
The news of Noble's case has been published in several media in India. Assistant high commissioner from Agartala Kiriti Chakma informed about the case.
It is learned that Suman Paul has demanded cancellation of Nobel's visa to India and confiscation of his passport for making bad remarks against his country's prime minister in the charge sheet. Earlier, Nobel had provoked controversy by making indecent remarks against world-renowned poet Rabindranath Tagore. Suman Paul told the media that as an Indian, he could not accept such defamatory remarks against the PM of his country, so he has filed a case against Noble. He also demanded exemplary punishment for Noble for making such indecent remarks against the prime minister.
While singing on the Indian reality show 'Sa Re Ga Ma Pa' of Zee Bangla, Noble was criticized for making negative remarks. He commented on changing the national anthem of Bangladesh before the grand finale of the program. At the time he also said that there was no good music director in Bangladesh to work with. Even no female artiste in the country who can perform a duet with him, he had said.
On 19 May, Noble posted a status on Facebook which drew flak. He said over the last decade Bangladeshi singers had achieved nothing and he even wished to teach songs to the legendary singers of Bangladesh. Music lovers came down heavily on Noble's Facebook status terming it a sheer arrogance.