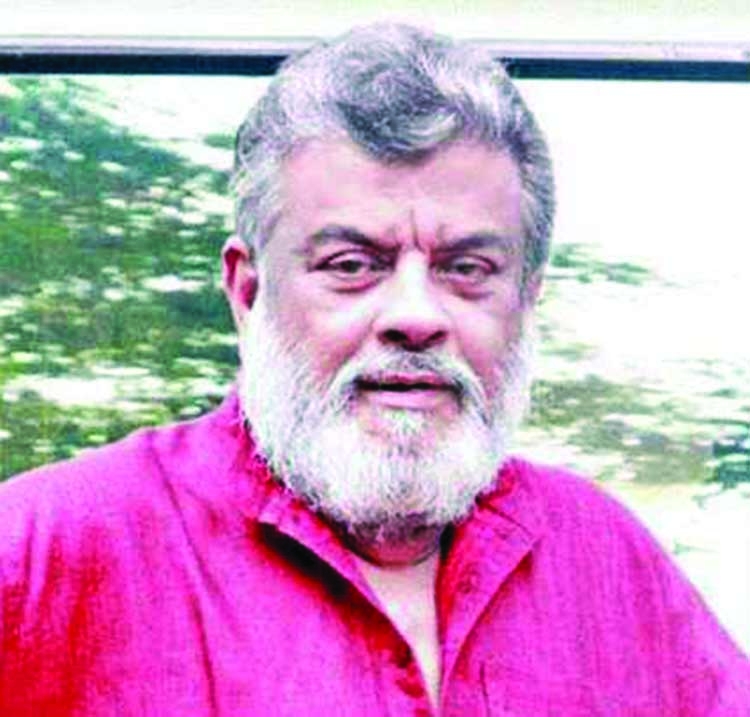 Sujoy Shyam, an Ekushey Padak awardee veteran composer and music director who was also a vocalist of Swadhin Bangla Betar Kendra, was returned home from the hospital.
He was taken to Kurmitola hospital due to breathing difficulties on Tuesday night, however, he was brought home on Wednesday afternoon as his physical condition improved, said his daughter Rup Manjuri Shyam.
Informing sample was collected by Kurmitola hospital on Tuesday as he was showing 'coronavirus symptoms', Manjuri said her father was given oxygen right after he was taken to the hospital, however, feeling well after half an hour. "We brought him after sample collection as he was feeling good from yesterday morning."
"Father had a fever a few days ago. We gave medicines as per doctor's advice that reduced fever. But on Tuesday night, he was having breathing difficulties. However, we think he has a little problem with lungs, which is probably why he had trouble breathing," she said adding, "We are hoping for negative results. However, father is now completely well and healthy."
Three-time EkusheyPadak awardee Sujoy Shyam is the composer of the last song of Swadhin Bangla Betar Kendra and the first song after independence. He has written and composed many patriotic songs including 'RoktoDiyeNaamLikhechiBangladesherNaam', 'BijoyNishanUrcheOi', 'Ayre Mojur Kuli', 'Aha Dhonno Amar Jonmobhumi', 'Rokto Chai Rokto Chai', 'MuktirEki Path Sangram', etc.