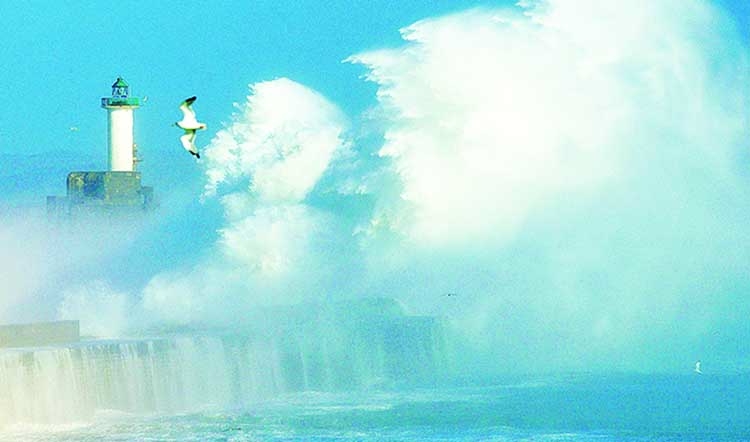 The EU wants the bloc to help Europe become the world's first climate neutral continent, but campaigners remain skeptical. -AFP
The European Commission pledged on Thursday to stay away from fossil-fueled projects in its coronavirus recovery strategy, and to stick to its target of making Europe the first climate neutral continent by the middle of the century, but environmental groups said they were unimpressed.
To weather the deep recession triggered by the pandemic, Commission President Ursula von der Leyen has proposed a €1.85 trillion ($2 trillion) package consisting of a revised long-term budget and a recovery fund, with 25 percent of the funding set aside for climate action. To help economies from the 27-nation bloc bounce back as quick as possible, the EU's executive arm wants to increase a €7.5-billion ($8.25 billion) fund presented earlier this year that was part of an investment plan aiming at making the continent more environmentally friendly.
Under the commission's new plan, which requires the approval of member states, the mechanism will be expanded to €40 billion ($44 billion) and is expected to generate another €150 billion in public and private investment. The money is designed to help coal-dependent countries weather the costs of moving away from fossil fuels.
Environmental group WWF acknowledged the commission's efforts but expressed fears the money could go to "harmful activities such as fossil fuels or building new airports and motorways." "It can't be used to move from coal to coal," Frans Timmermans, the commission executive vice president in charge the European Green Deal, responded on Thursday.

"It is unthinkable that support will be given to go from coal to coal. That is how we are going to approach the issue. That's the only way you can ensure you actually do not harm." Timmermans conceded, however, that projects involving fossil fuels could sometimes be necessary, especially the use of natural gas to help move away from coal.
The commission also wants to dedicate an extra €15 billion ($16.5 billion) to an agricultural fund supporting rural areas in their transition toward a greener model.
Von der Leyen, who took office last year, has made the fight against climate change the priority of her term. Timmermans insisted that her goal to make Europe the world's first carbon-neutral continent by 2050 remained unchanged, confirming that upgraded targets for the 2030 horizon would be presented by September.
Reacting to the executive arm's recovery plans, Greenpeace lashed out at a project it described as "contradictory at best and damaging at worst," accusing the commission of sticking to a growth-driven mentality detrimental to the environment.
"The plan includes several eye-catching green `options,' including home renovation schemes, taxes on single-use plastic waste and the revenues of digital giants like Google and Facebook. But it does not solve the problem of existing support for gas, oil, coal, and industrial farming some of the main drivers of a mounting climate and environmental emergency," Greenpeace said.
"The plan also fails to set strict social or green conditions on access to funding for polluters like airlines or carmakers."
Timmermans said the EU would keep investing in the development of emission-free public transportation, and promoting clean private transport through the EU budget.
--- AP, Brussels