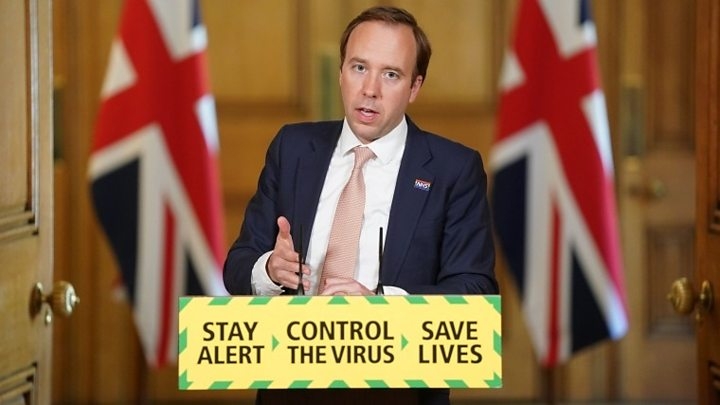 People from ethnic minorities are at a higher risk of dying from coronavirus, a report by Public Health England says.
It shows age remains the biggest risk factor, while being male is another.
The impact of Covid-19 is also "disproportionate" for other Asian, Caribbean and black ethnicities. But it remains unclear why.
A trade union for doctors said the report was a "missed opportunity" for "action" to be taken to protect health workers who are from ethnic minorities.
The health secretary said the "troubling" report was "timely" because "right across the world people are angry about racial injustice".
On Monday night, the Department of Health and Social Care denied reports the delay was down to official concerns of potential civil unrest linked to global anger over the death of African-American George Floyd.
Health Secretary Matt Hancock told the House of Commons the public was "understandably angry about injustices" and that he felt a "deep responsibility because this pandemic has exposed huge disparities in the health of our nation".
"Black lives matter, as do those of the poorest areas of our country which have worse health outcomes and we need to make sure all of these considerations are taken into account, and action is taken to level-up the health outcomes of people across this country," he said.
Speaking at the daily coronavirus briefing in Downing Street, Mr Hancock said "much more work" needed to be done to understand "what's driving these disparities".
"We are absolutely determined to get to the bottom of this and find ways of closing this gap," he said, adding that he has asked equalities minister Kemi Badenoch to continue working on the issue alongside Public Health England (PHE).
The BBC's Rianna Croxford pressed Mr Hancock on whether there were any specific recommendations for people from ethnic minority backgrounds.
He said everyone in "the different high risk categories" highlighted in the report should follow social distancing guidelines "very stringently".
'I can't change my colour'
Prof John Newton said although the virus was having a worse impact on black and minority ethnic people, "that is not necessarily because of their ethnicity" and could instead be related to their job, for example.
He said the report's findings needed to be "widely discussed before deciding exactly what needs to be done".
"The report if nothing else emphasises the complexity of what we're seeing, so really we're urging people not to jump to conclusions and institute measures which are not really justified by the data," he added.
London Mayor Sadiq Khan said "lives depend on" finding out why the virus disproportionately impacts black and minority ethnic people, and what actions the government was taking to stop it.
Davida Wilkins, a 38-year-old district nurse in the West Midlands, told the BBC she felt "even more anxious" about doing her job following the report's publication.
She said she felt "obligated" to continue her front-line role but added she cannot minimise the risks posed to her by the virus because "it's the colour that I am and I can't change it".
The rapid review was launched when it became clear that some people were getting more sick with coronavirus than others.
PHE reviewed thousands of existing health records and other virus data to look at disparities by:
It is not possible to combine all of these factors together to judge an individual's risk because of the way the source data is recorded, but the data does reveal clear inequalities.
The analysis on ethnicity and risk did not consider a person's occupation or obesity, even though both are known risk factors for getting seriously ill with coronavirus.
The report also found: 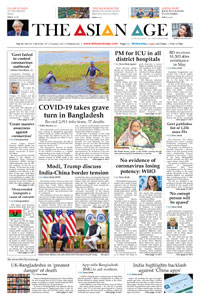