'Half of UK struggling with sleep' during lockdown 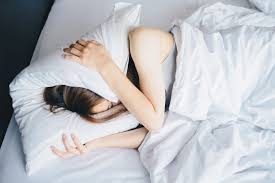 More than half the UK population has struggled with sleep during the lockdown, a survey suggests.
King's College London researchers said sleep problems were more common in people facing financial hardship, while two in five reported having more vivid dreams than usual.
Some people slept for longer than usual, but without feeling rested.
The findings are based on online interviews in late May with 2,254 UK residents in the 16-75 age bracket.
The study was carried out by market research company Ipsos MORI and King's College London.
The researchers said lack of sleep may itself have had knock-on effects on people's capacity to be resilient during the pandemic, and there are signs of a disproportionate impact on particular groups: women, younger people and those facing financial difficulties.
"As with so much about Covid-19, the crisis is affecting people very differently depending on their circumstances, and that includes the most fundamental aspects of life, such as sleep," said Prof Bobby Duffy of King's College London.
He said nearly two-thirds of the public reported some negative impact on their sleep, showing just how unsettling the pandemic and lockdown measures have been.
Disturbed sleep is often caused by stress, and can itself increase stress levels, creating a cycle that is difficult to break, added Dr Ivana Rosenzweig, of Kings College.
However, a quarter of participants reported they were sleeping more and feeling better for it, she said, highlighting that, "as a society, we simply do not get the chance to sleep as much as we need, and that this pandemic is allowing some of us to rediscover the importance of sleep".
Previous research has shown that for many people lockdown has led to disturbed sleep, insomnia and vivid dreams.
Experts have suggested keeping to a routine, not taking naps and trying to get some exercise outside. 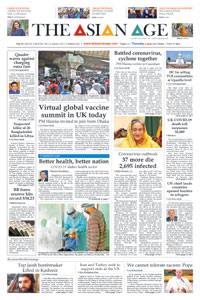