261 new coronavirus cases in Singapore, including 11 in community 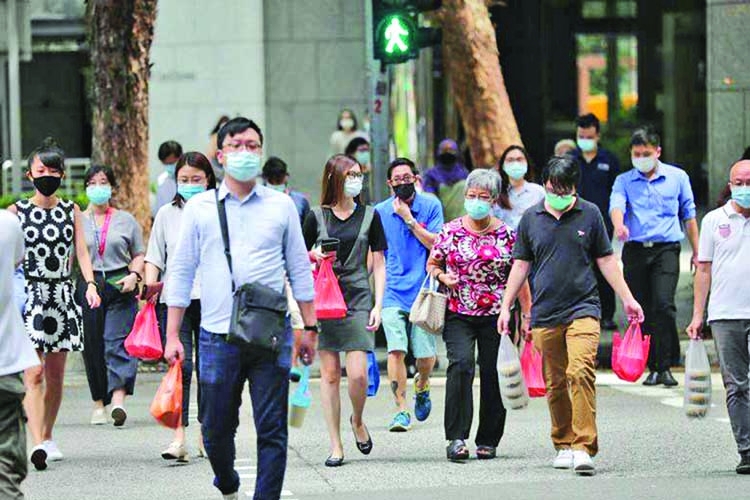 There are 261 new coronavirus cases as of Friday noon (June 5), including 11 new community cases.Of these, six are Singaporeans or permanent residents, while five are work pass holders.
Six of the community cases are linked to previously confirmed cases and had already been placed in quarantine, and one is linked to a dormitory cluster. Epidemiological investigations are ongoing for the remaining four, the Ministry of Health (MOH) said. Migrant workers linked to dormitories comprise the rest.
MOH said the fewer number of cases on Friday is partly due to fewer swab tests conducted. It did not elaborate. More details of the new cases will be released later on Friday night.
The latest cases bring Singapore's total to 37,183. There were no community cases reported on Monday, after which the number of new community infections increased to four on Tuesday then seven on Wednesday before spiking to 15 on Thursday. On Thursday, 13 of the 15 Covid-19 community cases were linked to a shophouse in Veerasamy Road in Little India.
The other two community cases - a PR and an Indian work pass holder - are both also linked to previous cases. All 15 infected men are asymptomatic but had earlier been put under quarantine as they were household contacts of earlier cases.
The 15 community cases on Thursday are the highest number of such cases since MOH started including work pass holders not living in dormitories to its count of community cases on May 20. Before May 20, the last time community infections were higher than Thursday's 15 was April 27, when there were 18 cases.
MOH also said on Thursday night that a confirmed case had visited the FairPrice outlet in Taman Jurong Shopping Centre, at 399 Yung Sheng Road, between 4pm and 4.30pm on May 25. This new time slot has been added to the list of places visited by community cases.
The full list of places, along with the dates and times when the locations were visited by the patients, is on MOH's website. While there is no need to avoid these places, those who have gone to these places should monitor their health closely for 14 days from the date they visited, said MOH, adding that they should visit a doctor promptly if they develop fever, respiratory symptoms or loss of taste or smell.
With the 322 patients discharged on Thursday, 23,895 patients have fully recovered from Covid-19 and been discharged. Those still in hospitals and community facilities number 12,994. Twenty-four people have died from Covid-19 complications in Singapore, and nine patients who tested positive for Covid-19 died of other causes.
---ST