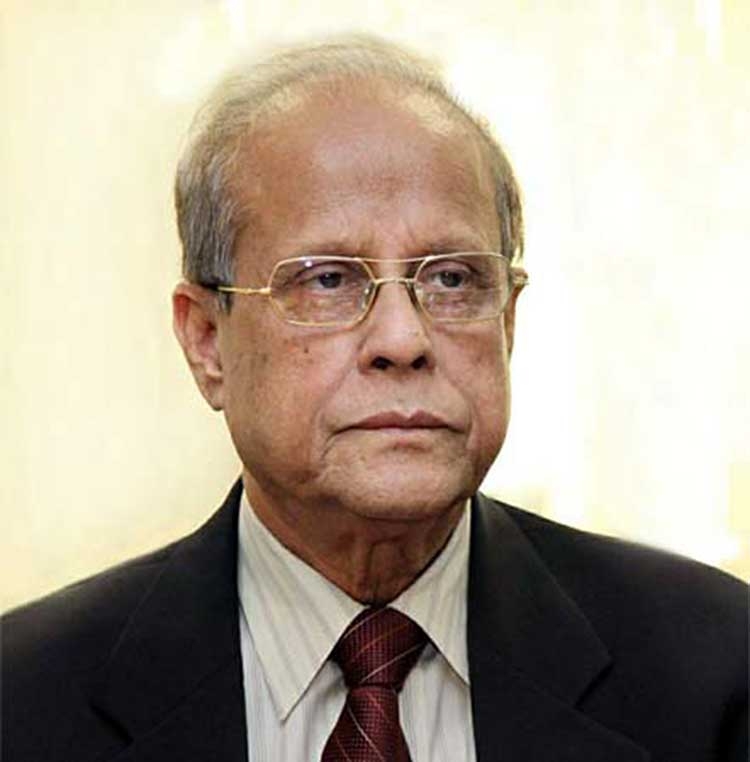 Saturday, June 6, 2020 is indeed a special day of remembrance. It marks the sixth death anniversary of Mahbubul Alam, that wonderful human being and newspaper doyen who once walked proudly among us sprinkling his blessings and kind wishes upon those in his path.
Mahbubul was one of those gentlemen - and indeed he was a gentleman - whom you meet for the first time and take an instant liking to. He was that sort of guy. Not only was he liked and admired in Bangladesh, but across many continents.
I remember being taken to meet him at his Independent newspaper office housed in the Beximco building in Dhanmondi, around 1996 by Muhammad Musa, the General Secretary of the Bangladesh Freedom Fighters.Before entering the building the acclaimed Bengali author and historian had forewarned me: "You are going to meet a genuine upstanding, honest and sincere Bengali gentleman."
Having been given an introduction like that, I almost expected to find a halo above Mabubul's head. I didn't, of course, but years later I discovered many times later that he had concealed it in his heart.
Mahbubul was a rare specimen of man. To describe him merely as a gentleman would deprive him of accolades and platitudes he so richly deserve, and, in so doing, generate a shameful miscarriage of justice.Born in Munshiganj in 1936, the affable Mahbubul graduated in political science from the Dhaka University.Mahbubul's successful career is the sort of success many pen-pushers and two-finger typewriter thumpers aspire to achieve from their early teens.
In 1957 he began his fruitful career in journalism at a woodworm infested corner window desk with the highly reputable Associated Press. The clanking and clacking of Imperial, Olivetti, Underwood and Royal typewriter machines, in many stages of dying, filled the air like a well-disciplined orchestral performance that was music to his ears.
Most journalists nowadays, with their ultra-silent keyboards, non-sticky keys, and personal separation booths have never heard such rousing, soul-appeasing music. Such a pity,Ballpoint pen Mahbubul was never far from a leaky BIC ballpoint, tattered doggy-eared spiral notepad, and second-hand typewriter since leaving school.
He was one-time editor of The New Nation, the first English-language newspaper in Bangladesh, and the weekly Dialogue. Continuing on his successful path he landed the equally prestigious position of Editor of the Independent, which he held for 18-years until his death at 9:25am on Friday, June 6, 2014, at the BIRDEM hospital in Dhaka. He was 78.
Prime Minister Sheikh Hasina was among the first to offer condolences. President Md. Abdul Hamid and BNP chief Khaleda Zia also condoled the senior journalist's death. His wife and three daughters who currently live in the US survive him.
In 2007, Mahbubul became the Information Affairs Advisor to the caretaker government. Among the other accolades that peppered his illustrious career, he was the beam of light and inspiration that led the Newspaper Owners' Association of Bangladesh (NOAB) as its president until his death.
He was also a former managing director and Chief Editor of state-run news agency Bangladesh Sangbad Sangstha (BSS) and the veteran journalist worked as minister (press) at the Bangladesh missions in Washington DC and London. He also represented Bangladesh as the Ambassador to Bhutan.
If you take a casual stroll through the newsrooms of most national newspapers in Dhaka today, there's at least one member of the noble profession who's worked with Mahbubul and who remembers him with great admiration and fondness.
Its men like Mahbubul Alam who give journalism a good name and bring honour and respectability to the nation in which they were born. It's professionals like Mahbubul Alam who make the press corps proudly exclaim, "He's one of us".
Mahbubul had the gift of making people feel special. It's no wonder people warmed to him instantly and no surprise he isn't and won't be forgotten.Mahbubul was a consummate gentleman and a consummate professional who walked tallest among the tallest.


The writer is a former newspaper and magazine publisher and editor, an award-winning writer, royal goodwill ambassador, humanitarian, and a foreign friend of Bangladesh.
Email: [email protected]